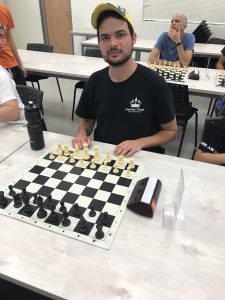 is not always unlucky contrary to popular belief. It is important to celebrate milestones as every we publish gratitude posts for every 100 additional Facebook likes. 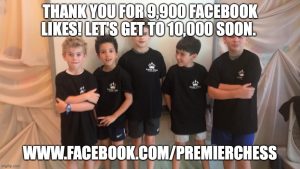 If one avoids artificial barriers, he can accomplish a lot. Six Years ago, I left corporate America to cofound Pillar Sales and teach chess on the side, for six months I dated my wife Stacey Ehrlick before we got married, and for six weeks we dated.

I cannot believe it has been a little over six years since I worked for someone. In August 2016, I sold data security solutions for Rapid7. While I enjoyed doing enterprise sales, I wanted to do something on my own. I co-founded Pillar Sales, a sales outsourcing company and broke off my own without a salary. I moved New York to focus on the business full-time and teach chess on the side. While I loved travelling to meet startups in Israel, Netherlands, Belgium and elsewhere, the venture was not as lucrative as I would have liked it to be. In July 2017, I decided to sell my true passion of chess for 2 months and see how it goes; either I would run a chess company, or I would look for another sales job. In September 2017, Premier Chess suddenly had 14 school programs and 10 part-time instructors and have course been on my own ever since. 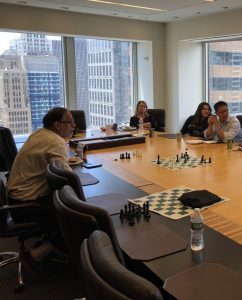 We now have 48 instructors and run programs in 80+ schools and several companies, including Google, Citigroup, and Kramer Levin.

In February of this year, I met my wife at a Manhattan Jewish Experience East shabbat dinner. I was sitting having desert with another MJE Senior Fellow and a woman Vanessa told us to get up to talk to her friend from Montreal. While I did not know Vanessa was at the time, I figured I had nothing to lose, and I should speak with her. Six months later, on September 4, 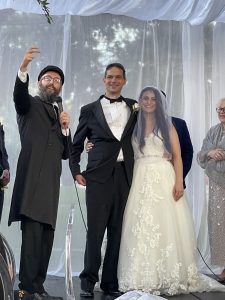 we got married in Montreal by my friend, mentor and podcast guest Rabbi Levi Welton. It feels surreal but fantastic that we married each other so soon. In The Committed Marriage, Rebbetzin Esther Jungreis 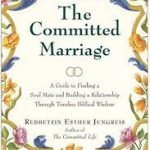 writes “Love is loyalty, love is commitment, not passion or butterflies in the stomach… In Hebrew, the words for ‘close’ and ‘sacrifice’ are derived from one and the same root, teaching that if you want to feel love and closeness to someone, the key is sacrifice– giving of yourself.” While our love is growing each day, we are committed to one another and build our relationship by giving. Similarly, a good coach does not merely speak to his student one or two times per week during lessons; they communicate regularly and give advice.

When I met Stacey on February 11, 2022, I never considered the possibility that we would be engaged six weeks later. One of the main reasons I loved Stacey so quickly is that like me, she is adventurous, knows what she is looking for. One week after we met, I had plans to play in the United States Amateur Team East

in Parsippany in NJ with Shelby Lohrman, Bob Holliman and David Phelps. Thinking she would likely say it was too soon to go on a trip together, I said something along the lines of “I am travelling to New Jersey for this chess tournament that I play in almost every year for 3 days; feel free to join me.” To my surprise she was up for the adventure, and we went. Several friends there including Todd Bryant, husband of our podcast guest Lisa Cunningham Esq, Kimberly Doo Mcvay, Bruce Pandolfini and others assumed we were dating for months, if not years, at the time; they were shocked when we shared that we met one week ago at the time. I was able to be myself as Todd Bryant signed our wedding guest book “To Stacey, who was friendly and cool, despite being surrounded by 1000 crazy chess players in Parsippany”. Of course, we got lots of pushback from our friends and family for getting engaged so soon but we decided that we were not going to waste time no more and commit to each other for life. One does not have to a be a Hasidic Jew to get engaged and married so soon. As per the posts by matchmakers Jen Mastafiak and Amber Lee, treat dating like a chess game and when you know, you know. If it is only

six weeks or longer, be ready to commit without necessarily knowing the endgame.

In leaving corporate America six years ago, getting married after six months, and proposing after six months, I had to use my instincts and take leaps of faith. I know people who have wanted to become entrepreneurs for several years and never left their corporate jobs. Likewise, lots of chess players never earned the titles they desire because they do not think they could. Many couples will date for several years and still not be 100% sure they want to commit to marriage. Whether it be to start a company, become a strong chess player or begin a marriage and family, sometimes you just need to trust yourself, get started and things will work out.