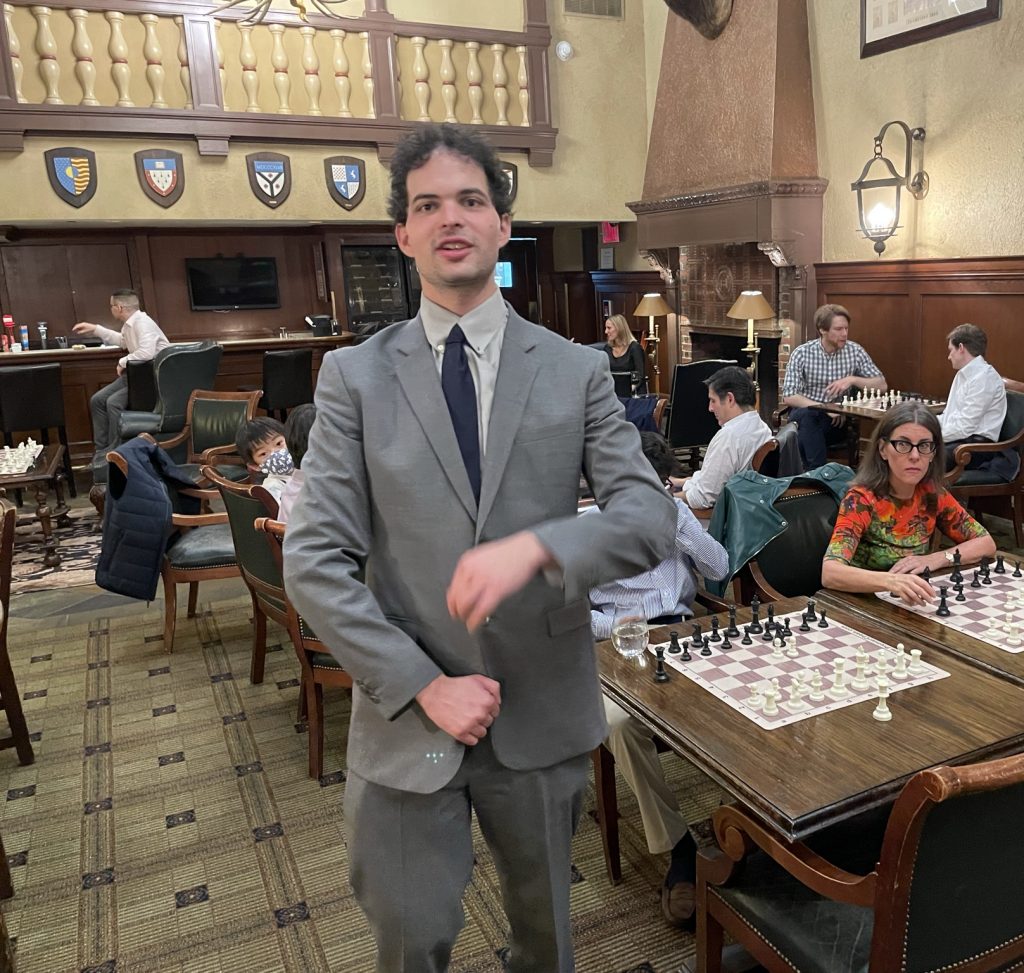 National Master Evan Rabin started playing chess at a young age of 7 as a member of the Churchill Chess Team. He later studied with World Chess Champion Candidate, GM Leonid Yudasin. Evan made master in 2010. He won the 2007 United States Amateur East, tied for first at the 2011 World Open U2200 section and won 1st place at the 2015 Eastern Class Championship. He has scored wins against US Open Champions GM Alex Lenderman, IM Jay Bonin and IM Justin Sarkar.

He has a wealth of chess knowledge and a great intuition, having played in 900+ rated tournaments in 9 countries. In the last few years, he has instructed at camps all over the country, coached some of the top schools in the country, including Dalton, and taught private students of all ages and levels.

You can email Evan to set up a school program, corporate class, or private lesson. Evan can also guide you on the process of becoming a member of the United States Chess Federation and playing in a live rated tournament to get an official rating.