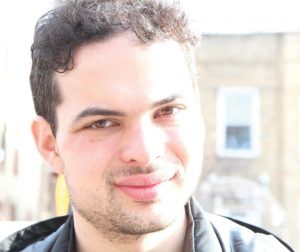 Premier Chess CEO Evan Rabin fell in love with chess at a young age. When he was 7 his brother and father taught him how to play. Two months later he was playing in school. Two months after that, he went to his first tournament. One month later he went to Nationals. He never looked back.

After graduating from Brandeis University Evan started teaching chess full-time, but eventually decided to set his sights on the corporate world, working at Oracle and Rapid7 and briefly running his own sales company, Pillar Sales.
However, Evan became disillusioned with corporate life. Emphasis on golf and commission did not match the reward that he felt from making a difference in students’ lives. So one night, at the wedding of one of his old chess buddies, Evan had the realization that chess was where he wanted to be full-time.

Evan left Pillar Sales, in July of 2017 and founded Premier Chess. Utilizing the chess network that he had built throughout his life and his sales experience, Evan started programs in 14 schools within 2 months. From there he started offering corporate classes, working with clients like Kramer-Levin, a top New York City law firm, and Movable Inc.

Premier Chess became about creating access. Everyone has a lot to gain from chess and deserves the opportunity to give it a shot regardless of geography. So Evan started taking on students in remote areas through Skype, expanding to 5 states, and even teaching as far as Tanzania.

Now, partnering with vendors like the National Scholastic Chess Foundation, National Education Chess Association, and Top Level Chess, Premier Chess is expanding to Florida, Massachusetts, Washington, Colorado, while international efforts are continuing in Myanmar.
One day, Evan hopes that any student anywhere in the world who wants to play chess will be able to.