In 2010, Gary Patella and I saw an ACDC show as part of the Black Ice Tour. Anvil opened the show, playing their many great hits, including the famous “Race Against Time”.

Chess players are always in a race against against time as they have to deal with a game’s time control. Time controls range from bullet games which are 1–minute per player for the game to the classical (40 moves in 2 Hours+ 60 minutes for rest of game or something similar). What ever the time control is, here are three ideas that will help you manage your time: 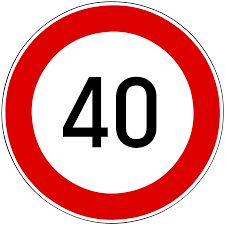 In 2017, I was helping National Expert Jonathan Corbblah coach his PS 166 and Trinity students at the New York State Championships in Saratoga. The students would constantly rush; we would often see a chess coach’s nightmare- when a student would finish a game and return to team room minutes after the round finishes. While Jon and I would repeatedly tell students to take their time, they would not listen.

I remembered a key pedagogical lesson I learned from my supervisor at Ramapo Country Day Camp . 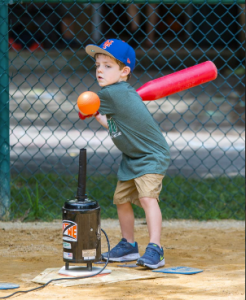 He shared how one summer, several counselors were having difficulty teaching a camper how to hit a baseball with the bat. They all kept telling him him to focus and keep his eye on the ball; however, the child was not making any progress. Then one counselor mentioned he needed to say something different if the kid was going to hit the ball and realized he was not holding the bat properly. After he walked over and adjusted his stance, the child began hitting the ball.

Rather than remind the kids that they needed to slow down, I had a revelation and told Jon an interesting idea in that we would encourage the students to take the time control and divide it by 40, the average number of moves in a chess game. That is roughly the amount of time one should use in a chess game. That tournament had a time control of 60 minutes per player, which means players should budget 1.5 minutes per move. When playing a 5 minute game, you should allocate approximately 7.5 seconds per move.

-The ability to not always search for the cleanest win. 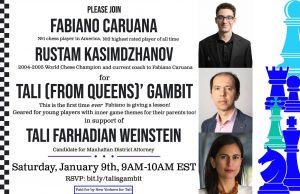 One of the key lessons I learned from the event is when Caruana shared is one of the common mistakes players is make is that they always seek out the cleanest win. While it is important to calculate and find good moves (active rest is important), one does not always necessarily need to come up with the perfect move always. No matter how much a player thinks, even if he is World Champion Magnus Carlsen, he will never see as far ahead as our silicon friends. It is much better to have a position without complications with a computer valuation of +1 than one with lots of risk and a computer valuation of +1.5. Rather than always find the variation that leads to the mathematically highest advantage, it makes more practical sense to to gain an advantage and simply get into a position that is easily convertible to a win. 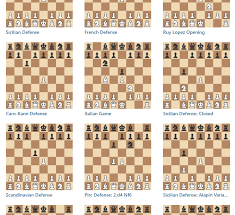 I have a friend who is an expert player that has been trying to come a master for years. His calculation skills, positional understanding and endgame knowledge is about the same level as mine. His biggest challenge is that he will occasionally get into time pressure right after the opening or early middlegame. Just like an adult needs to learn to save a percentage of his salary, a chess player needs to save time for later in the game. While players rated Under 2000 should not spend a lot of time learning openings, they should know about 10 moves deep as white playing either e4 or d4, and as black against both options. While it is extremely important not to rush in the opening, even if you know it well, one should not invest too much time then.

Do not let a lack or surplus of time ruin your chances of winning a chess game. Now matter how much you study (learn about 11 book recommendations here) or practice, lack of time management can be detrimental to your performance. Use the divisor of 40 rule, the ability to not always seek the cleanest win and opening preparation and your time management skills will drastically improve.

1 thought on “Three Ideas for a Race Against Time”