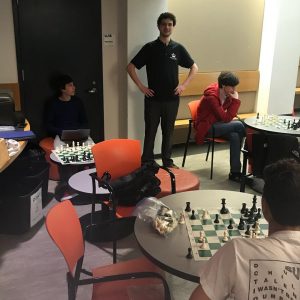 Compared to most chess masters, I have read a minute amount of chess books cover to cover, likely under five. I made master mostly because I played 950+ rated tournaments and went over all of my games with some help of my coaches. 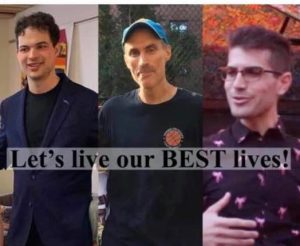 With that said, there were certainly several books that helped me grow from beginner to master: 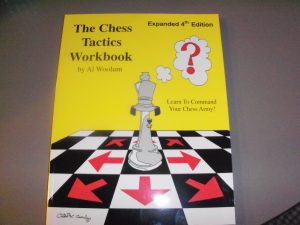 Chess teachers probably make more photo copies from this book more than any other. It has lots of great practice for beginners and some intermediate players, ranging from piece movement exercises to forced checkmate in three puzzles. 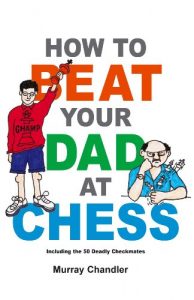 My coach National Master James Lewis gifted me this book when I was 12-years-old and I now teach with it all the time. While the title is funny, it is actually good for children and adults. It demonstrates 50 key checkmating patterns, including the Anastasia’s Mate, Arabian Mate and the famous Greek Gift sacrifice. 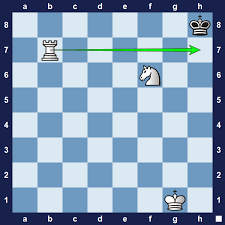 Here is a fun fact about the Arabian Mate that I once learned from David Macenulty: The reason it is called “Arabian Mate” is that when chess was invented in Persia, there were only pieces that move exactly the same way that they move know- the rook and the knight. 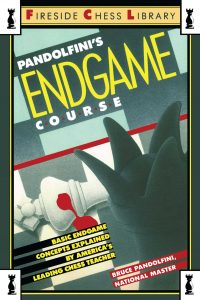 My podcast guest Bruce Pandolfini  signed “future master” on my copy of the book when I was 8-years-old; his prediction came true! I learned lots of the basic checkmates and fundamental endgames through this book. 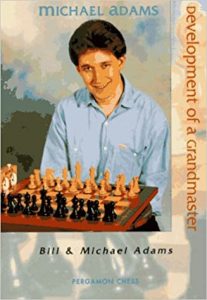 My father Keith Rabin, President of KWR International, bought me this book in a used bookstore as a child but it wasn’t until years later that I read it. One late night at the Chess Forum, the late Bill Lombardy told me I was spending way too much time reviewing openings and endgames and that I should pick a top player and review all of his games and focus on transitions. I therefore picked up this book and started focusing on all of perennial British Champion Mickey Adam’s games and learned a lot of about openings, preparation of attacks, middlegame strategy and more. 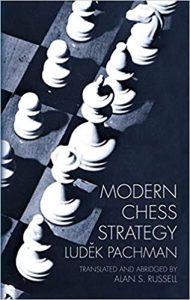 Before my first lesson with Grandmaster Leonid Yudasin, he suggested I carry all of my chess books so he can make some reading recommendations. When I showed them all, he instantly suggested Modern Chess Strategy. This book has helped me evaluate positions and come up with the best middlegame plans based on positional factors. For instance, if your opponent is expanding in the center,  you should get counter play in one of the wings. 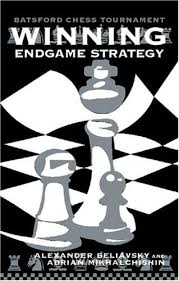 This book was another recommendation of Yudasin and taught me most of the fundamental endgame knowledge I know. 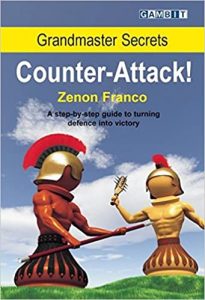 I have been using this book a lot with many of our intermediate and advanced students in recent years. It gives a lot of ideas about attacking, psychology, defense and more. One main point of the book that I learned was how one should always spend time searching for additional candidate moves that may not appear so obvious.

One should focus on opening books that have full games, rather than variations, to abide by the teachings of Bill Lombardy.

These are two of the opening books that helped me the most:

1) Beating the Sicillian 3 by John Nunn and Joe Gallagher 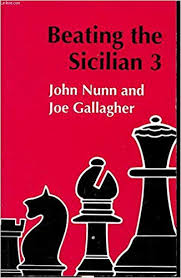 While this book is a little old and does not have the latest and greatest theory of the Open Sicilian, it is a good overview of all the lines and shows lots of instructive games, including a few from the authors themselves. 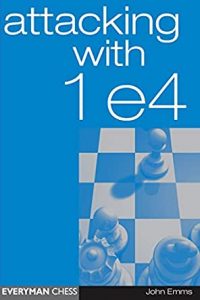 Bobby Fischer once said “1.e4 is best by test.” While that may be true, I’ve been an 1.e4 player pretty consistently my whole chess career. I have dabbled with 1.d4, the English and 1.Nc3 over the years but 1.e4 has always been my main opening move. While a 160-page book certainly cannot fit in all lines against 1.e4, this book provides a nice survey. I enjoy its lines against the Pirc, Modern, Scandinavian, Alekhine and unorthodox defenses in particular. I do not agree with the suggestions of the Closed Sicilian, Bishop’s Opening and the Kings Indian Attack against the French. This book also does not show complete games; however, you can take the games quoted and search for them on Chessgames.com  or Chessbase Online. 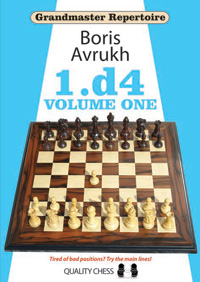 There are many black opening books that helped me; too many to name. If you would like a suggestion regarding a particular black opening, check out the great supply at our close partner Chess4Less. What chess books have helped you to improve the most?

2 thoughts on “11 Books for Chess Improvement”