I would never have gotten to where I am today and Premier Chess would have never existed if it weren’t for my coaches over the years. A expressed in my recent My Five Whys post, I am constantly growing in chess, business, Judaism and other areas of life. While Thanksgiving was last week, it is important to express gratitude each day. That is why Jews traditionally say the “Modeh Ani” prayer as the first thing they do every morning when they make up. This prayer thanks god for being alive each day.  Today though in particular, I would like to thank the chess coaches who had the biggest effect one me. Please note this list is most certainly not comprehensive as I’ve learned for many people, including our own students. However, I’d like to specifically show appreciation for Women’s International Master Shernaz Kennedy,  National Expert Jonathan Maxwell, National Expert David Sullivan, National Master Alan Kantor, National Master James Lewis and Grandmaster Leonid Yudasin, who had a great impact. 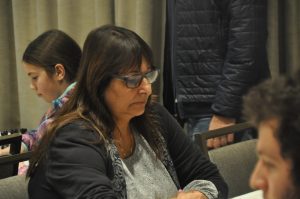 When I was 7 years old, my brother Alex and dad Keith taught me how to play in our home on the Upper West Side of Manhattan. A week or two later, I joined the club that WIM Shernaz Kennedy was running at my school, Churchill. I am eternally grateful for her to not holding back and encouraging me to play tournaments and connecting me to all of the coaches mentioned in this post. Two months after I joined the club, I won my quad at a tournament she and John Kennedy organized at the Browning School in 1997. Since then, we have remained good friends and colleagues. Last school year, we ran a Grand Prix Tournament Series together, which unfortunately had to be cut short, due to COVID-19. 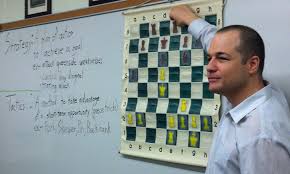 I first met Jonathan Maxwell as a young and hungry Churchill student. A few months after I started the club at school, my parents and I took the next step and we hired Jonathan as a private coach. Parents often ask me whether private or group lessons are better for improvement; I always suggest, if time and budget allow, students should do both. That way they do private lessons to hone their skills and group classes for more drills and practice for tournaments. Jonathan had a great sense of humor and I will never forget some of the key lessons he taught me, like King and Queen checkmate, including the final cut, where your opponent’s king is on the edge and you need to cut him from moving off, and the smothered checkmate. While I don’t see him often as he now living in Virigina, I do run into him at tournaments every few years. Jonathan Maxwell is also the author a few books, including Blitz Theory, the only book I know of, that is dedicated to blitz chess. 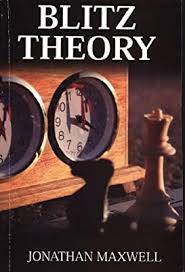 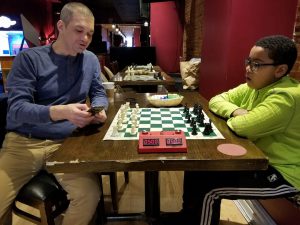 This photo of David Sullivan was taken by Phil Rosenberg, our Director of School Programs and Founder of the Phil Rosenberg Show. I also met David during my youth days at Churchill. I learned from him for about 2 years and he got me from being a beginner to a fairly intermediate tournament player. 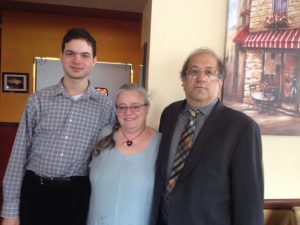 National Master Alan Kantor has been a dear friend, mentor and colleague over the years. Here we are at his wedding to Susan Kantor in September 2014. Unfortunately, US Chess had a devastating loss this year as Susan passed away; may she rest in peace. Alan taught me from when I was between the ratings of about 800 and 1200, before he moved to Tennessee to work for the United States Chess Federation. In 2005, I was part of the “Kantor Killers Kids” team at the United States Amateur Team East, with Alan, Gordon Moseley and Michael Raphael . Two years later, we were both on the cover of Chess Life  as we won the tournament as part of the team “Beavis and Butvinnik” with Fide Master James Critelli, National Master Evan Turtel and Expert Nick Panico. 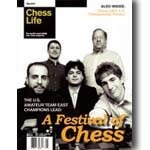 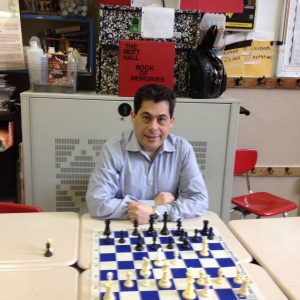 James Lewis was not only a great chess teacher but also a dear friend of my family. To this day, I have the book How to Beat Your Dad in Chess, which he gifted me. 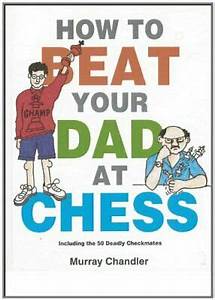 In addition to teaching some openings, like the Scandinavian that I played at the time, he taught me how to be resilient. I remember one tournament at PS 9, where I lost a tough penultimate game and wanted to withdraw. As he, my dad and I went out to lunch, he encouraged me to keep me playing and offered a special prize if I won the last game. I ended up being delighted after winning a tactical slugfest in the King’s Gambit, my favorite opening in the time. 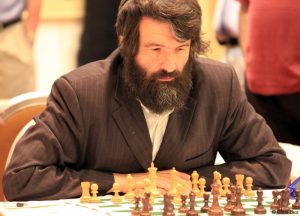 My most recent teacher is the great Grandmaster Leonid Yudasin, a former World Championship Candidate. Leonid is the one who helped me improve from an “A Player” (advanced intermediate) to national master. Here are some of they key lessons he taught me:

As Alli Bradley, Founder of Private Yoga Soho, said in my 23rd podcast episode, “If you are a teacher and you are not learning, you shouldn’t be a teacher.” Beginner students sometimes get surprised when I tell them that I am a National Master and am still improving. While I am rated higher than 98.5% of players in the country, I still have a long way to go to the top.  I would love to improve and get an international title from FIDE one day. To stay accountable, know the most important study items, and understand all the key ideas not mentioned in books and our silicon friends, it is important for every serious chess player or business professional to have a coach.

5 thoughts on “Gratitude for My Chess Coaches”