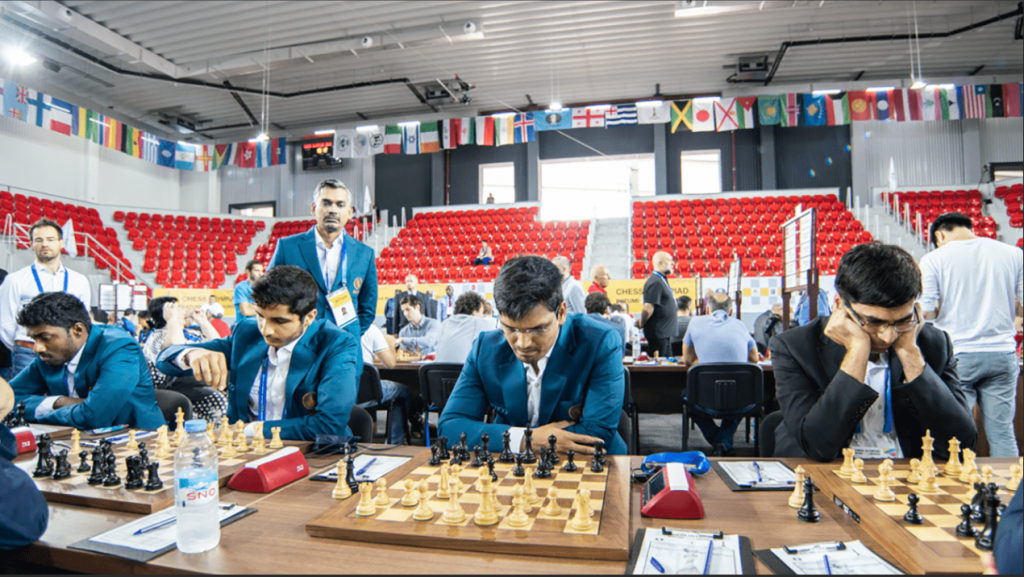 The topic of most relevance to us Americans is why did team U.S perform so poorly at the Olympiad. Caruana, Aronian, Dominguez, and Shankland underperformed. Wesley played on par with his skill level and played probably the most spectacular tactic in the entire event with his Rxe4 against Melkumyan. National pride is an important factor in why someone would do well which would explain Aronian and Dominguez. What about Caruana and Shankland? Well for Shankland, he only played a few games so I cannot comment much about that, but Fabiano has been on the decline ever since his loss against Nepomniatchi. Sometimes people get mentally destroyed, but Caruana can always bounce back, it was just unfortunate that the Olympiad was the next tournament that Caruana participated in when individual performance matters even more. The next thing which explains the U.S’s poor performance is that Uzbekistan and India B had young players who are probably underrated and the next generation of super GMs. 10 years from now you won’t be seeing any current members of the U.S team in the top 10, but it will be filled with those medal winners of the olympiad most likely! The gold medalists for boards 1,2, and 4 were Gukesh, Sarin, and Vakhidov! What about Armenia, was this an upset? Well kind of, but not really because they have won olympiads in the past, so it was not improbable that they perform well.

There has to be a discussion about India B and Uzbekistan performing incredibly well against not only the U.S team but many other teams that have super GMs of their own. India B also outperformed India A which had a higher average rating. It was a toss-up between India and Uzbekistan of who would get the gold medal and in the end, Uzbekistan won after Gukesh made a series of blunders despite having an advantage in his game against Abdusattorov Nodirbek. The future of chess is incredibly bright with these talented young players! I cannot wait to see them compete at the highest level in the future! Here is an interview with them. https://www.youtube.com/watch?v=8ArWnlgN3QU

Some other cool facts and honorable mentions. The gold medal for board 3 in the open section was David Howell of England who is a very nice man and a commentator of the chess24 team during tournaments. The gold medalist for board 1 of the women’s section was Pia Cramling who is 59 years old. She is also the mother of chess content creator Anna Cramling and they were able to play together on the same team at the olympiad. Both Praggnanandhaa siblings received bronze medals for board 3 in their respective sections!

This was an exciting Olympiad, and hopefully, the next one in Budapest will also deliver.