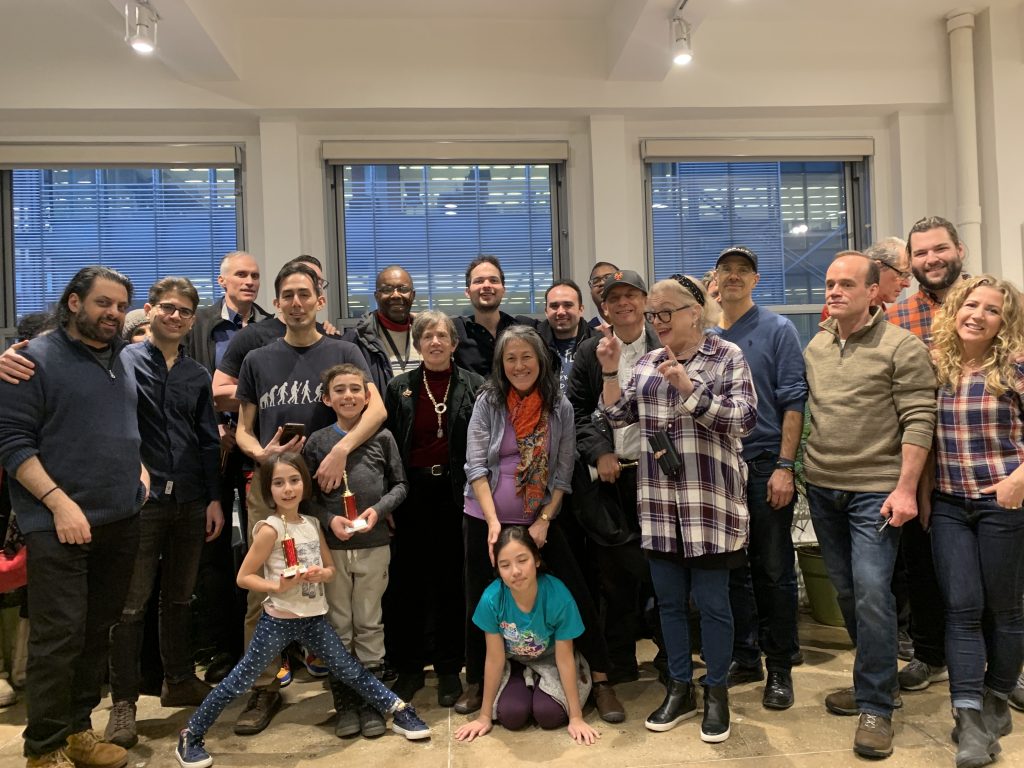 “We must find time to stop and thank the people who make a difference in our lives.”

I am forever grateful for the instructors, clients, networking partners and friends who showed up at our Second Annual Premier Chess Holiday Party at Accupuncturist Dr. Anna Folckomer ’s office this past weekend.

When I started Premier Chess in July 2017 , I did not think we would be in 70 schools and companies, including the law firm Kramer Levin, within a period of 2.5 years. However, hard work does pay off and with the addition of Solomon Shechter Manhattan , we did cross the 70-school finish line last week.

While it was my second time hosting the event, it was my first time giving yearly awards. Congrats to the winners:

Premier Chess Support of the Year: My uncle Adam Rabin

Premier Chess Fan of the Year: Steven Mitlitzky, the only player, other than I, to have played in everyone one of our Blitz Tournaments

Premier Chess Girlfriend of the Year: Mandy Gottlieb, who’s about to finish her masters in special education at Lehman College

Without the support of these people and many more, Premier Chess would not grow, flourish and prosper.   I would like to thank our winners, and the rest of our instructors, partners and friends for making this a wonderful holiday season.

266 thoughts on “Gratitude for our 2019 Premier Chess Award Winners”