The last few days I played lots of crazyhouse on www.lichess.org. Since I was seven-years old, I have enjoyed playing bughouse, where two players team up and every time one teammate captures a piece, he gets to give it to his partner, who can place it anywhere on the board, other than a pawn going on the 1st or 8th rank. Crazyhouse can only easily be played on the computer; it is a game between two individuals, where every time you capture a piece, you get the same piece to place anywhere on the board. Are variants e.g, crazyhouse, bughouse, Chess 960, anti-chess, etc. good or bad for your chess?

Some variants like anti-chess, where the aim is to lose all your pieces, including the king, which never gets captured in a real game (refresh yourself on the rules of checkmate here.), first, have little to no value for chess improvement. 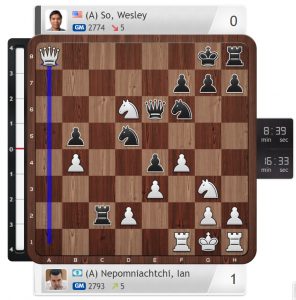 Contrarily, Chess 960 is great for your chess, as it has all the same rules, with the exception that the board is set up randomly in the beginning of the game. It is also the only chess variant to merit an official World Championship, which Hikaru Nakamura recently won. Read about how Grandmaster Wesley So got knocked out, partially due to not knowing the rules, in this recent post. Chess 960 is a great tool to learn how to calculate and come up with ideas without opening repertoire.

Crazyhouse, along with its sister variant bughouse, are good for your chess, if done in moderation, just like blitz. While crazyhouse will not teach you much about positional strategy, it can be a great vehicle to learn tactics and calculation. Compared to regular chess, in crazyhouse it is important to avoid weak squares, especially around the king. For instance, in classical chess, the main-line French Defense Advanced Variation is perfectly safe for black to play, but in crazyhouse, it is extremely risky as white could place pawns on d6 and c7, taking advantage of the weak black squares. 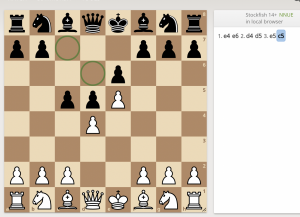 When I first started playing crazyhouse, I would often make lots of unsound sacrifices, which I would have success with in bughouse, where you can sometimes rely on your partner for getting you additional pieces for your attack. As Jim Egerton explains in Business on the Board, one needs to make sure he gets a sufficient return on investment for each sacrifice. In crazyhouse, you are on your own so before sacrificing a piece, you need to make sure you yourself can capture all the pieces you need to use.

Here are some interesting crazyhouse puzzles from games I (Premier_Chess) played recently; 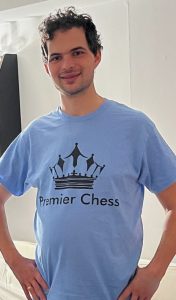 in each position, you can see the board and pieces you can place down in grey box. In each one, there is a forced checkmate; the first 10 people who email answers to all the puzzles to evan@premierchess.com will get complimentary Premier Chess t-shirts: 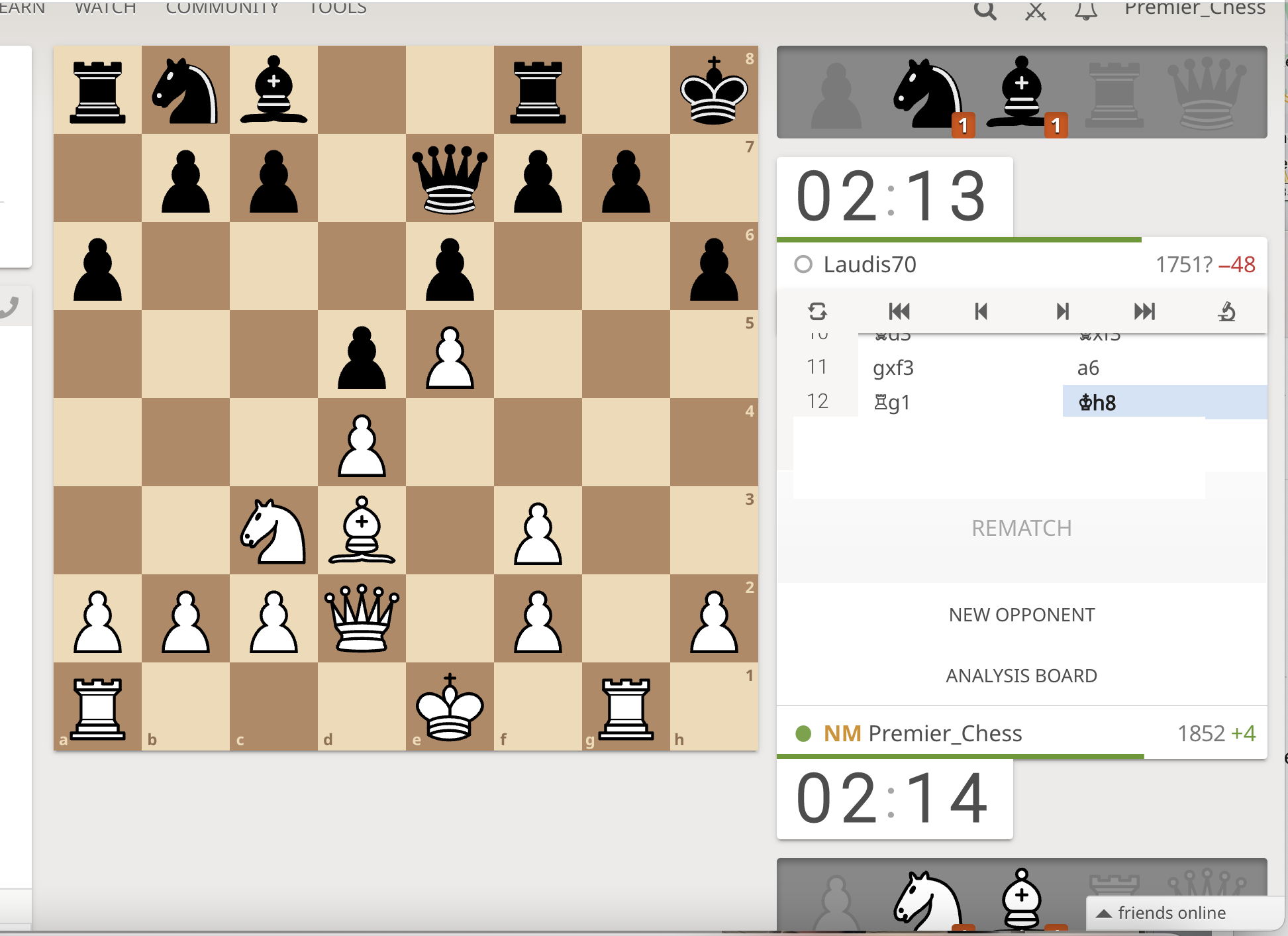 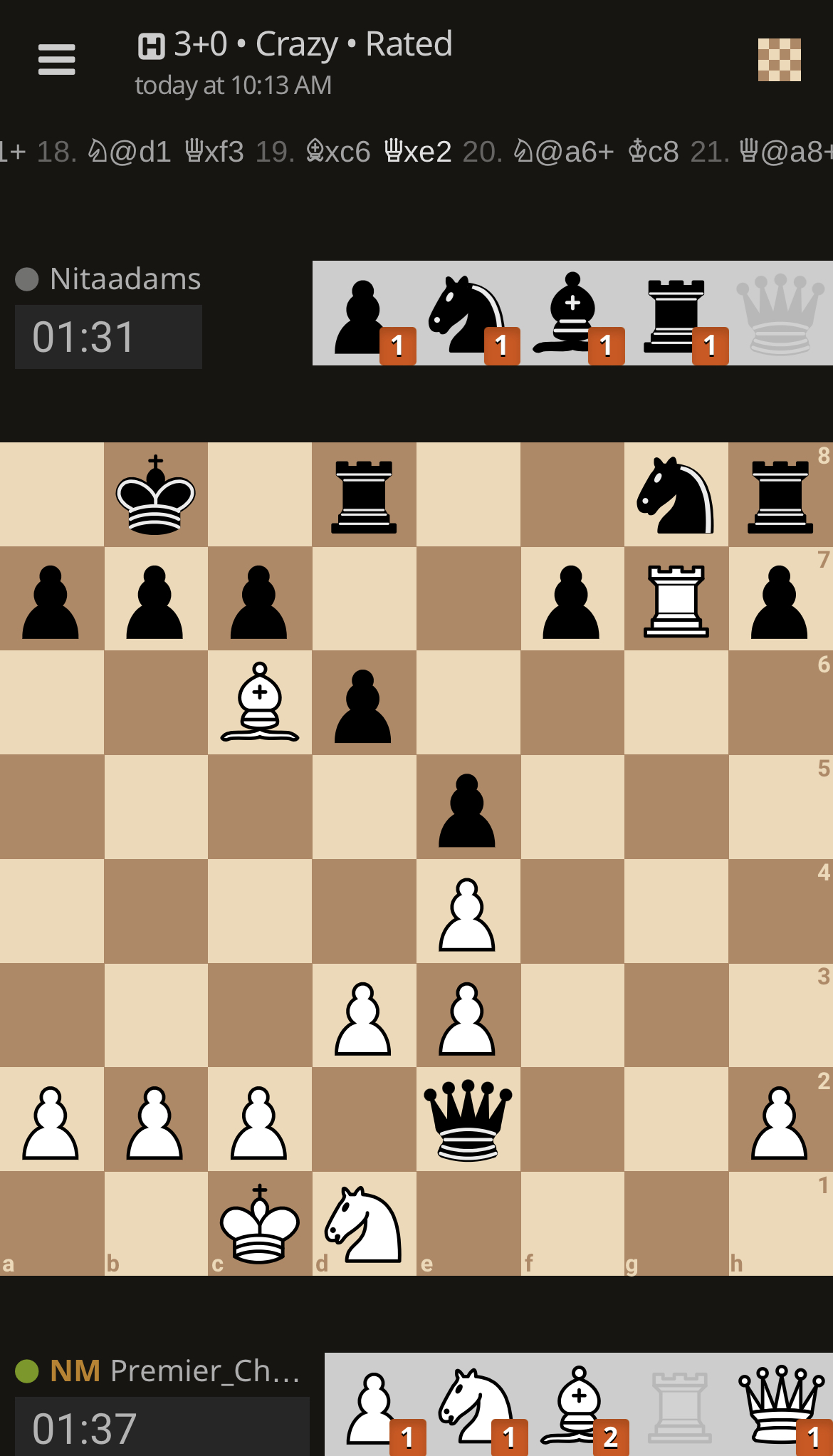 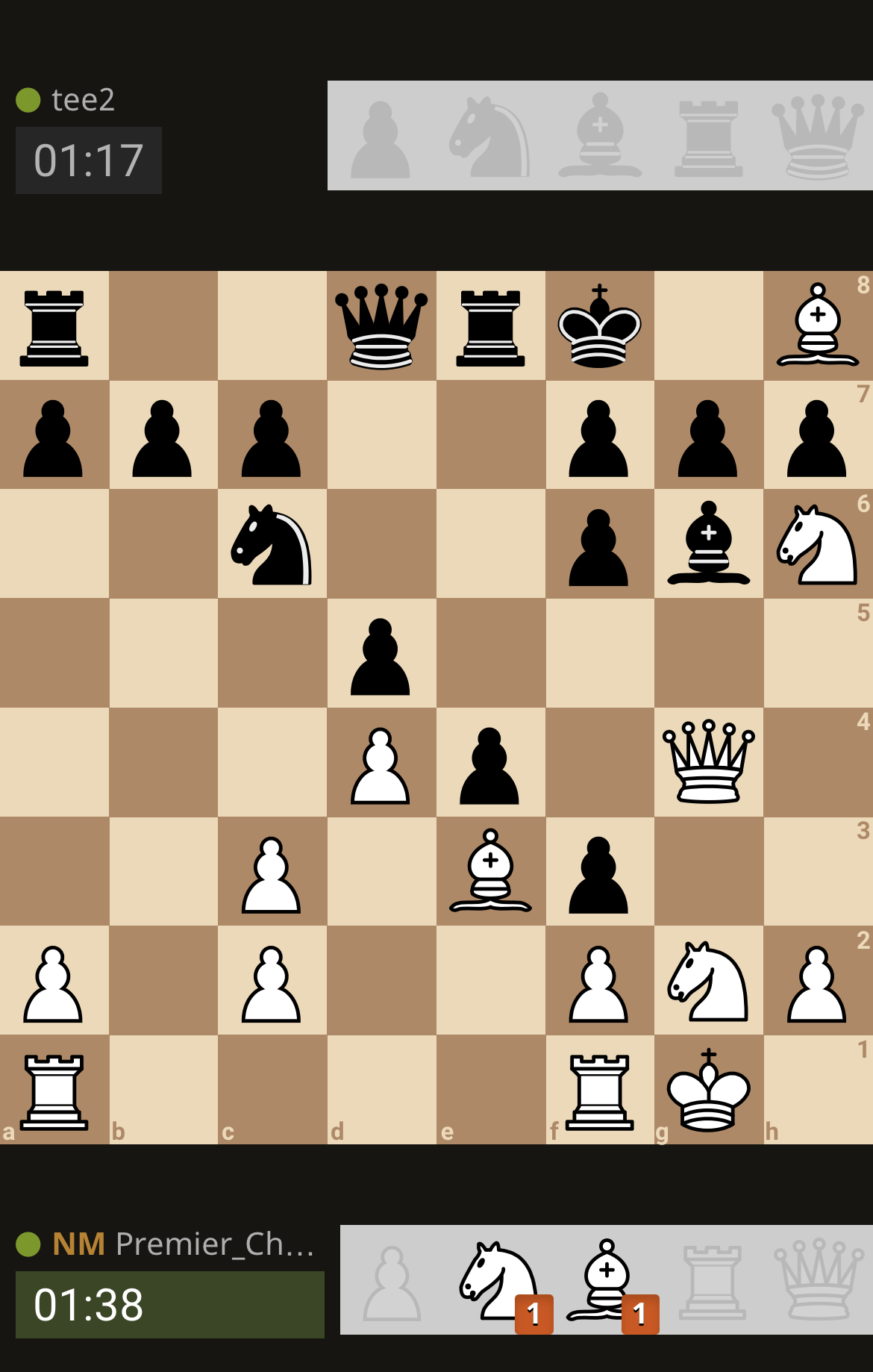 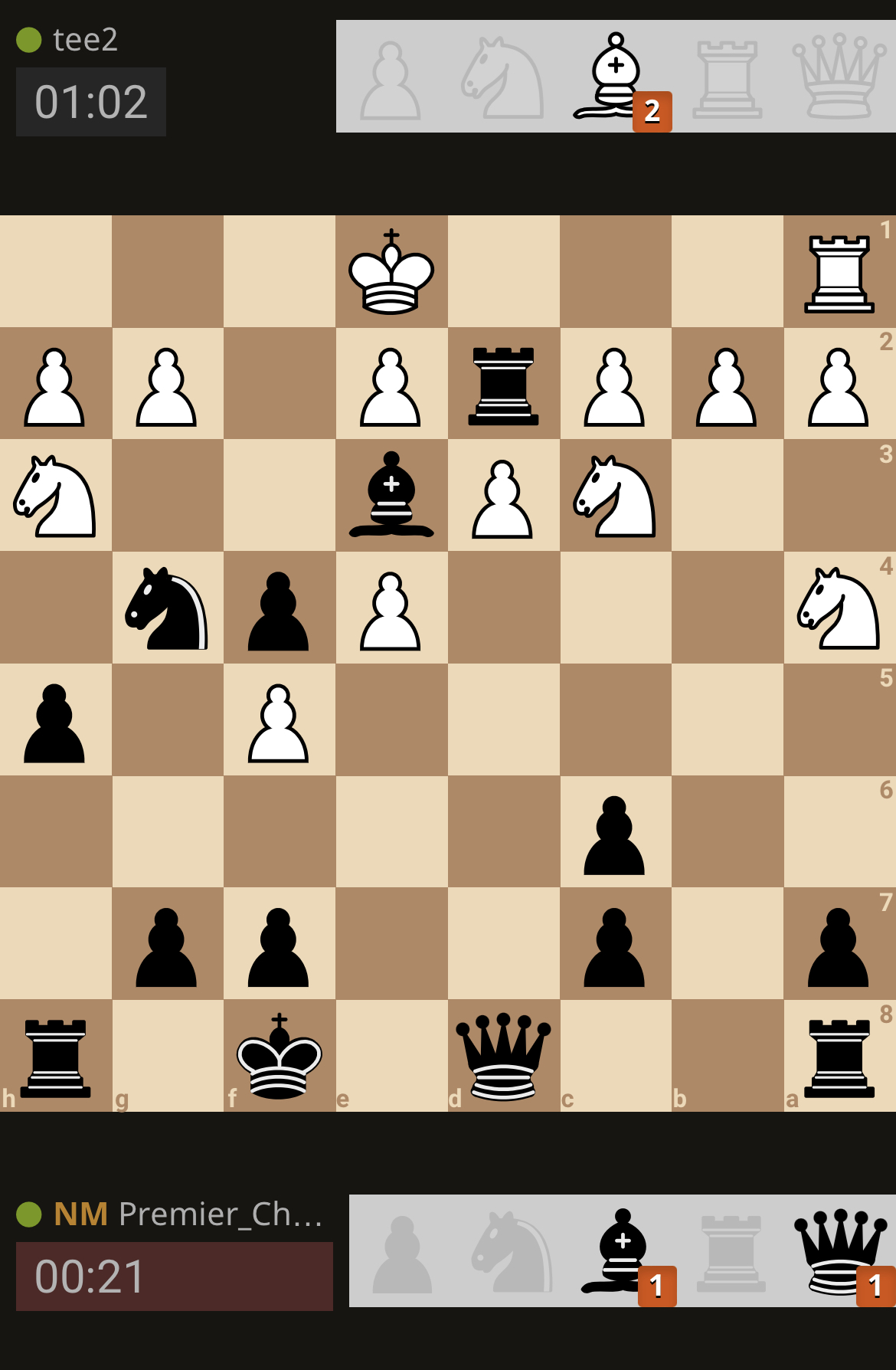 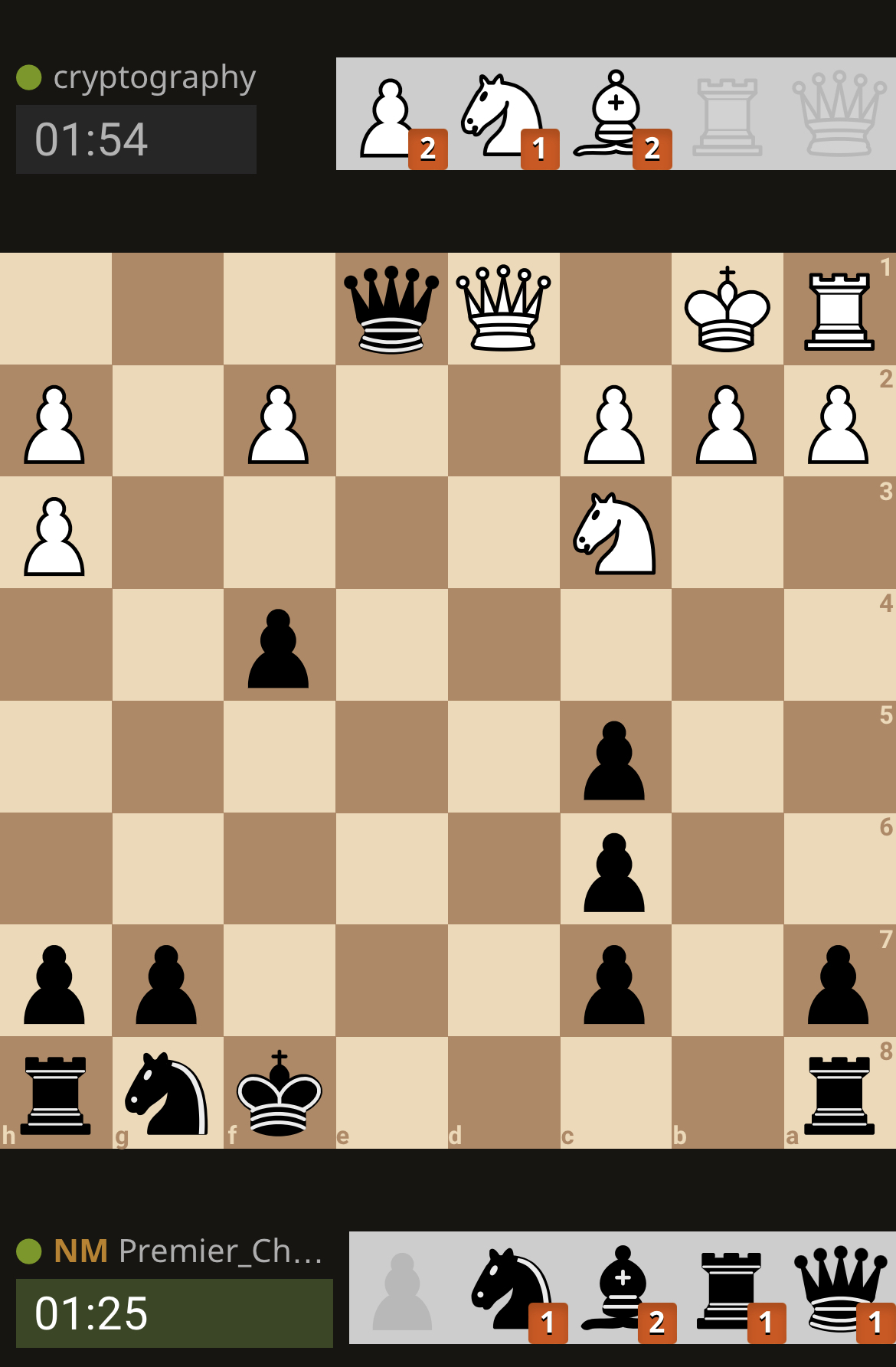 4 thoughts on “Crazyhouse Discourse and Puzzles”