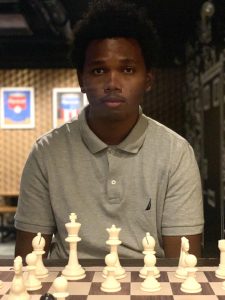 In this painting, the artist’s father sits in a Renaissance Revival parlor o 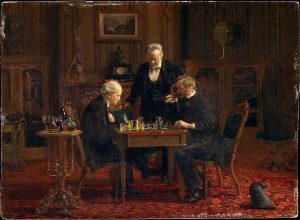 f a Philadelphia home, watching a chess game between two friends. Eakins paid tribute to his father with a Latin inscription on the chess table’s drawer that reads, “Benjamin Eakins’s son painted this in ’76.” Over the mantel, a reproduction of a painting by Jean-Léon Gérôme, Eakins’ principal French teacher, hangs. In his painstaking spatial structure and exquisite detail, Eakins followed Gérôme’s scholarly lectures. The Chess Players was the first work from a living artist to be accepted as a gift by the Metropolitan Museum in 1881. 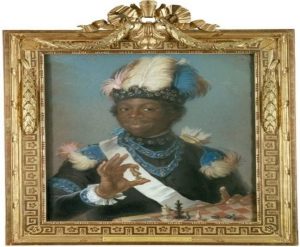 In 1757, Louisa Ulrika of Prussia, Queen of Sweden, received a “gift” from Danish statesman Anders von Reiser – a 7-year-old African American boy. The queen had been reading French Philosopher Jean-Jacques Rousseau’s writings, particularly those on the origins of man and society. She made the decision to raise the youngster with her own children. He grew up playing with the royal children, who were raised in a more confined environment than he was. Badin was allowed to talk to them in a natural way, even quarrel and tease them, which was considered scandalous at the time. He climbed on the thrones of the king and queen, calling everyone “you” instead of using their proper names, according to contemporary chronicles.

They renamed him Badin, the French word for trickster or joker, since he was originally known as Couchi. He was described as a bright, trustworthy, and self-assured individual. Despite knowing many of the royal family’s and court’s secrets, he never divulged anything and remained a staunch supporter of the royal family throughout his life. He’s dressed opulently in this picture. He’s jokingly looking at us, as if challenging us to a game of chess. With his left hand’s lifted finger, he is also admonishing us. 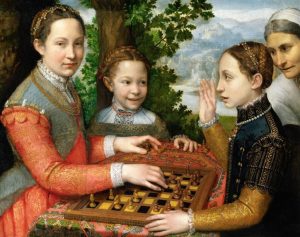 This is one of Sofonisba Anguissola’s most famous paintings, and it also demonstrates that chess has long been a game enjoyed by both men and women. Three of Sofonisba’s sisters are depicted in the Chess Game: Lucia (left), Europa (middle), and Minerva (right)They are having a relaxing moment while playing chess, accompanied by the governess, who is watching the game. This servant appears to suggest the virtue of the young girls, as well as a contrast in age and class to the girls’ nobility. Giorgio Vasari saw the painting while visiting the family’s home in Cremona and was clearly impressed by Sofonisba’s talent.