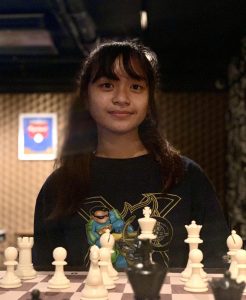 The World Cup from a non-player’s perspective:

The Chess World Cup held by the Fide Organization has begun. It is a major deal in the chess world with it lasting nearly a month. 206 players from all around the world vying for the title of world champion not only for the prize but for the prestige and regard that comes along with it. As a non-player, the competition alone lasting nearly a month puts into perspective the investment of time and thought that goes into the sport of chess. The game of chess can even last up to 20 full hours, so in retrospect a month for a knockout tournament of 8 rounds seems reasonable.

After watching a few games and online demonstrations of games move by move in the tournament, specifically the games between Sanan Sjugirov and Nihal Sarin, Sasa Martinovic and the most current world champion Magnus Carlsen, I have deduced the sport of chess – especially in tournaments – to be made up of  mental strength, adaptability and alertness. The mental exhaustion players go through and their stamina is tested in these matches. Although they can be a bit underwhelming to watch when you may not understand every single move, the intense concentration and focus each player has is extremely admirable.

The World Cup is an extremely rigorous competition filled with fierce competition coming from over 90 countries. To put it into perspective, the world only has 195 countries in total – that is nearly half of all countries participating in the Chess World Cup. For something that seems less popular than its more physical counterparts, it is turning out to be the farthest from that. Chess is a widely played and respected sport and the World Cup only showcases that.