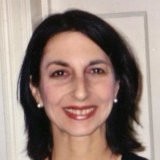 Have no illusions. I know next to nothing about chess. I’ve occasionally watched a game, and relished how calmly its players, oblivious to other stimuli around them, contemplate their moves and graciously accept their faux pas. Recently, my know-nothingness became obsessive. I binge-watched The Queen’s Gambit. Wide-eyed, I marveled how Elizabeth Harmon (Anya Taylor-Joy) had the skills and wits not only to defeat Russian grandmasters but also to transcend the rampant sexism in the chess world of her time. Know-nothingness didn’t stop me marveling at Harmon’s chessboard-on-ceiling visions or embedding them in my head. They were breathtaking beautiful. 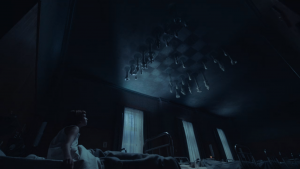 Of course, we are talking about the Netflix world of fiction. Yet the show and the images piqued my interest in exploring if, and how, chess is regarded as art. In the real world, including the art world, chess can also be a breathtakingly beautiful art, as artists, grandmasters, and even digital game-makers have asserted.

Consider the great Dadaist pioneer, Marcel Duchamp, contemporary and sometimes-rival of Picasso. He was a Renaissance man, who, at the height of his career, went from pioneering cubism in his art to adopting the lifestyle of an itinerant chess pro. As of 1923, Duchamp essentially abandoned his art career and entered amateur and then professional competitions, winning the Paris competition in 1924.  Duchamp said, “I have come to the personal conclusion that while all artists are not chess players, all chess players are artists.” In the New York Times, 1956, he proffered, “Chess is purer, socially, than painting, for you can’t make money out of it.”

In today’s market, that may not be the case, but the quote demonstrates Duchamp’s reverence for the game. He painted it, as well as played it, and reputedly designed and carved his own chess set while in South America for a tournament. In 1968, he competed against the illustrious John Cage, who composed music to accompany the game. Photoelectric cells that moved under the table along with the chess pieces created the sound. So, for Duchamp, chess could be an all-encompassing art.

We have barely touched on the beauty of chess pieces, such as those made by Duchamp, chess as sculpture, and the range of materials, from marble to wood and beyond, that are used to create those pieces. The artistry of those pieces can be subjectively judged on their own visual merits.

Duchamp’s acclaimed almost-contemporary, Alexander Alekhine, legendary grandmaster, and immortalized Soviet champion, said, “Chess for me is not a game, but an art. Yes, and I take upon myself all those responsibilities which an art imposes on its adherents.”

PN Humble, a scholar of aesthetics, qualified chess as “a minor art,” based on the fact that “aesthetic values are derived from the contest…games are judged according to aesthetic criteria… players and spectators derive aesthetic pleasure from the medium of chess.” His comparison of a chess problem to a miniature and the game itself to a painting reinforces the notion that chess is art.

James Rachels analyzed renowned Czech mathematician Richard Reti’s writings and chess playing. Both consider chess as game and art. Rachels points out that prior to Reti, many grandmasters characterized the essence of chess as a struggle, “a contest of will and intellect with each player attempting to dominate the other.” Ultimately, this concept is not incompatible with the notion that chess is art, as art can also convey such a struggle.

Both non-academic and academic observers and players have commented on the artistry behind chess. Howseman, in a letter to the editor of The Guardian, notes that “Chess isn’t just a game but an art form where worlds like ‘beautiful,’ ‘elegant’ and artistic can be used to describe a particular sequence of moves.”  He quotes Argentinian grandmaster Miguel Najdorf, who made the following observations: “Chess is a mirror of the soul. Watch how a man plays chess and you will see his essence. Chess is a combination of art, knowledge, and risk.”

Discourse about chess as art has even entered the realm of gaming and computational aesthetics. Myers discusses the “procedural aesthetics” of the game and “the capacity of the rules of chess, when manipulated properly, to evoke the human spirit – that elevates the chess problem to the status of art.” Iqbal and Yaacole cite the Oxford English Dictionary’s definition of art– “the expression or application of creative skill and imagination, especially through a visual medium,” and so, they argue, chess can be considered an art.

Chess as a sport may pale by comparison with the Western media’s focus on high-profile and highly profitable competitive sports like baseball, football, basketball, and soccer, yet in the former Soviet Union, this is surely not the case. Chess education for youngsters and talented would-be champions was always subsidized, much like fellowships and stipends given to artists, and those who rose to win tournaments were celebrated as heroes.

It is in that culture, for over a decade, that venues for chess matches have reflected an integral  connection between chess and art on the highest professional levels. Andrei Filatov, an uber-wealthy Russian businessman, was not the first to hold a chess competition at a museum, but was a principal sponsor of the 2016 World Chess Championship where Viswanathan Anand was matched with Boris Gelfand at the Moscow’s State Tretyakov Gallery. He was quoted in Russian newspaper RBC Daily, “I think the synergy between chess and art holds great promise.”

The Russian Chess Federation has scheduled its top chess tournaments in art museums across the globe. Chess in Museums, a 2016 video produced by sportsmaster.ru, documents chess, art, and music (with concerts by renowned musicians) experienced in an immersive aesthetic environment. While clearly this is a promotional video and good PR for the tournament organizers, the museums, and the video production company, it lends credence to the premise that chess can hold its own as an art form alongside the fine and performing arts. Now its up to the reader to accept or reject that premise. Here’s hoping that he or she will choose the former.