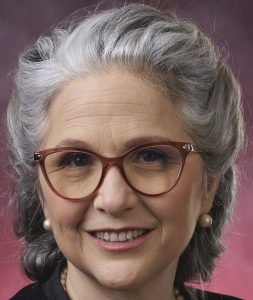 I was 11 watching my grandfather play chess with his brother-in-law, his sister in law’s husband.

We were up in the Catskills where my family spent summers together. Somedays I was just bored enough to sit and watch for a while.

They both sat there motionless looking at the board. Occasionally their eyes flicked upward or glanced at the clock.

While they didn’t open their mouths, I could tell from the energy in their arms when they moved that they were feeling different things and responding to each other.

It was a lot like a conversation. Only with chess moves.

Even if I had been sitting and watching, their conversation when the game was over felt like intruding into an intimate dialogue. I never really knew what they were talking about, and it sounded like a foreign language to me.

Now, as an adult expert on conversations, I realize that in many ways that when they were playing Chess, they were having a conversation. We think that conversations happen through words and get caught up in the surface meaning of what we say.

But, the true impact of a conversation lies in the moves that are hidden beneath the surface.

When someone opens the conversation with an enthusiastic, “Hi!! How ARE you!! It’s been so long!!” it immediately brings a certain energy and expectation to the other person.

Typically, the other person will counter with a reciprocal move, “Yes!!! So great to see you!!”

The first line is an opening and the second line is a response that keeps the energy going.

Imagine what would happen if the response instead was, “No, I just saw you last week. What are you talking about?”

How would you counter that latter move?

Would you take on the speaker’s countering tone and challenge them back?

Would you let it go?

Would you respond with a hearty, “Lol!!! It doesn’t matter! It just feels so good to see you!” and give a big hug?

Here is another example:

Your mom yells at you for leaving your dirty dishes in the sink (or is that only my mom?).

How do you respond?

Do you blame her for a messy kitchen and that you needed to get out of there fast?

Do you apologize and tell her she was right. Maybe you should go do that now.

Do you silently walk away?

My mom could get tense like this when a lot of us were visiting her small kitchen at the same time. I just calmly looked at her and said, “Mom, what’s wrong? How can I help?”

Can you see how each possible response affects the trajectory of the conversation?

I call these differences conversational moves.

We always have a choice as to how we respond, and how we counter moves the conversation in one way or another.

Often at the root of conflict is that we don’t have the conversational moves that we need to express our feelings, explore misunderstanding and ask for what we need. What we do have are reactive moves that tend to escalate things.

In Chess you play the endgame to win. What about in a conversation?

This is where we lose a lot of the time. We think that the point of the conversation is to be right, to win the argument. To have what we said be accepted, to win approval, etc.

Here are three moves you can make in a conversation that will advance your relationship:

Without interruption. Without thinking about what you want to say next. Look at the speaker. (Not on your phone.) Lean in.

2. Get curious about what the other person’s perspective. What does this mean for them?

3. Empathize with what the other person is feeling. You can say, “that sounds hard” even when you don’t agree with the premise.