As the Legends of Chess Tournament continues Magnus Carlsen finally takes the lead. Peter Svidler was tied in first with Carlsen, but lost against Ding Liren putting himself in third place. We are going to take a look at Carlsen’s game against Boris Gelfand that pushed him ahead to first place.

The game opens with 1. e4 c5, which is the Sicilian Defense. Carlsen follows with 2. Nf3 Nc6. This is a relatively standard opening and throughout the beginning of the game both players are not making mistakes. 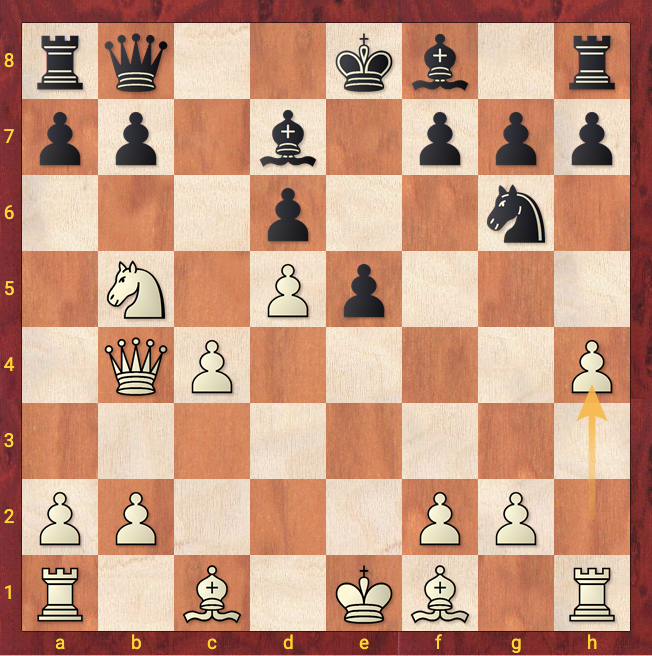 They finally reach this position as pictured on the right and Carlsen moves his pawn to h4 attempting to take the h5 square forcing Gelfand’s knight to retreat to e7. Gelfand responds by pushing his own pawn up to h5 and the crisis is averted. A simple mistake like that could have cost Gelfand the game. 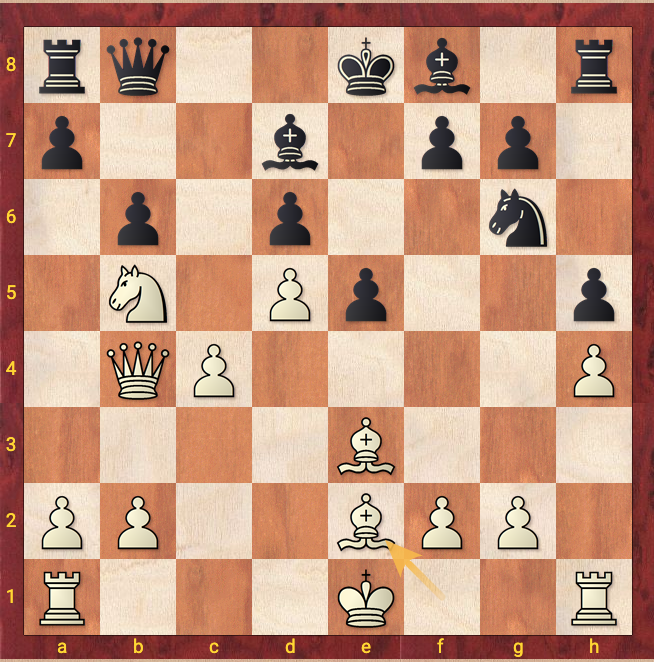 As the game progresses it appears that Carlsen has the upper hand.  Both of his bishops are playing an active role in the game while Gelfand’s bishop is stuck on f8 with no other duty then protecting the pawn on d6. This bishop is playing a vital role, but Carlsen is putting his bishops to better use. 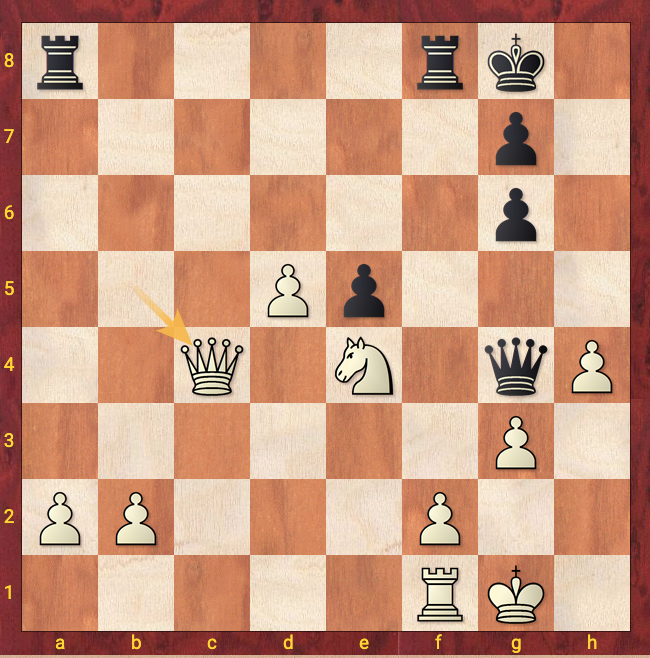 Eventually the two players reach this position as we see pictured to the right. Although Gelfand has a rook instead of a knight Carlsen has a much better board state. Carlsen’s king is well protected while Gelfand’s only protection is stacked pawns in front of the king. From here Carlsen uses his queen to attack Gelfand’s vulnerable king and is able to take the lead and win the game.