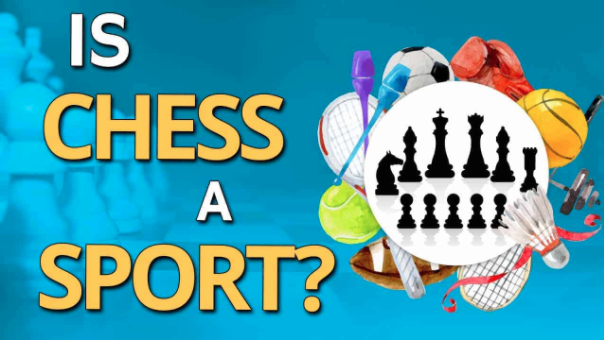 Chess is a complex game that allows players to develop skills using forethought, patience, strategy, problem solving and remaining calm under pressure. These skills are used in different aspects of life and sports.

The term sport is defined as, “an athletic activity requiring skill or physical prowess and often of a competitive nature, as racing, baseball, tennis, golf, bowling, wrestling, boxing, hunting, fishing, etc.” by Dictionary.com. However, in 1999, the International Olympic Committee recognized chess as a sport. So, is chess a sport or not?

Chess encompasses many of the same ideals playing sports does. There is a clear drive for players to win and to build their techniques to create the best possible chance of winning. In addition, the same idea of “Practice makes perfect” that is relevant in active sports is applicable here as well. The more games players experience against opponents, the more strategies they develop and learn to use, the better the player becomes.

Chess was declared a sport in 1999 and then a year later, it was an exhibition event at the 2000 Sydney Olympics. Chess officials wished and pushed for it to be part of the 2020 Olympics but their efforts failed. In February of 2019, chess launched a campaign to have it part of the Paris Olympic Games 2024.