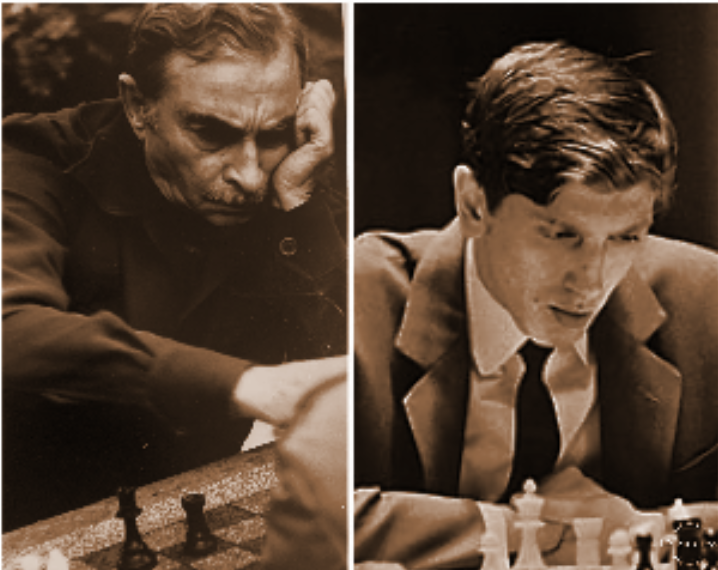 When I last updated you on deciphering my grandfather’s chess game against Bobby Fischer, we had some serious issues. At that time, I felt that the only explanation for the bizarre moves was that the king and queen switched places for this game. I had never heard of such a thing before, and decided to look into a book about Bobby Fischer’s 1964 tour.

I am pleased to say that I have made considerable progress.

I looked into Fischer’s book, A Legend on the road: Bobby Fischer’s 1964 Simultaneous Tour. This book basically gives details about the games played by Bobby Fischer against various people on his tour. This was a long world tour, and Fischer visited many places, from the US to Canada.

My Grandfather lived in New York City, and I think Fischer definitely stopped there on his tour. So, I needed to look at the part of the book that talks about his visit to New York.

His stop in New York took place at the Chess and Checker Club, also known as the “Flea House”, located at 212 West 42nd Street. The date that he visited New York was May 24, 1964, which matches the date on the annotated game, confirming that this game was a part of the simultaneous exhibition on his stop in New York.

There was even a newspaper article by the New York Times published in July of 1964 about his visit to the Flea House that day here. 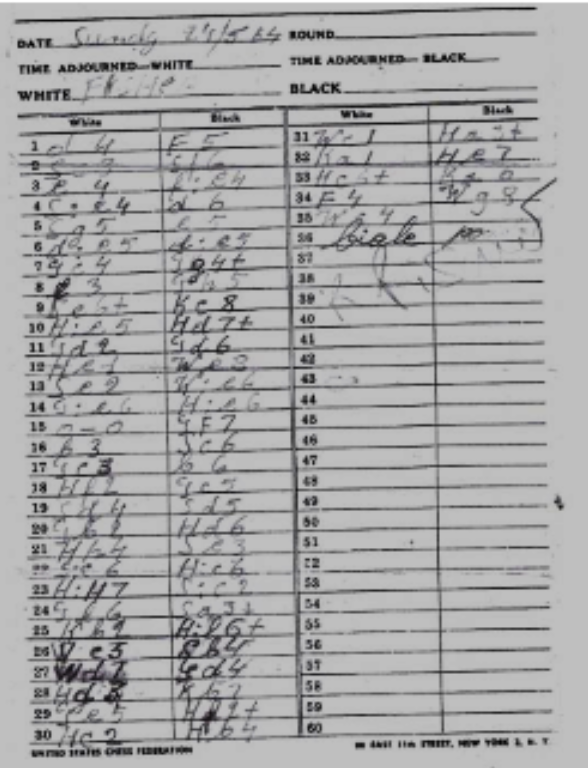 However, upon reading both the book’s and newspaper article’s description of May 24, 1964 there is a problem. According to both accounts, in every game he played on that day he opened with 1. e4. However this is different from the annotated game that my grandfather recorded, which said that Fischer played 1. d4 as his first move. I was perplexed, and didn’t know what to do.

I was at a standstill. So I decided to enlist the help of one of my fellow Premier Chess interns Maury Ahram and​ National Master and CEO of Premier Chess Evan Rabin. With their help, and after hours of deliberation over multiple days, we finally came to the answer to our problems. We came to the conclusion that the column notations in the annotated game were backwards.

In other words, the letter spaces on the chess board were inverted. So the letters were notated as if the board was backwards. Here is a “translation” of the inverted annotated letters: 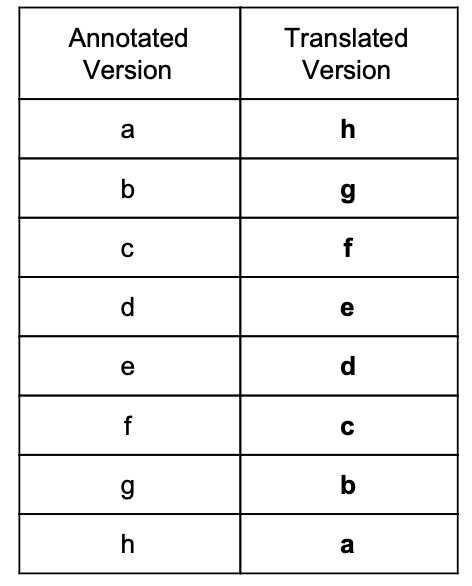 This breakthrough gave us an answer to all of the questions we had until this point. The king and queen’s positions do not have to be switched, and all of the checks that didn’t make sense before are checks. Additionally, the first move for Fischer after this translation is indeed 1. e4, as both the book and the newspaper article indicated.

Mistakes like this are not uncommon, and people often make mistakes in their annotations as they are more focused on what their next move is going to be rather than recording their previous moves. My grandfather was an amateur after all, and I look forward to deciphering the rest of this game.

Our journey is not complete. Next time we will hopefully be able to actually decipher and analyze the real game after this amazing breakthrough.