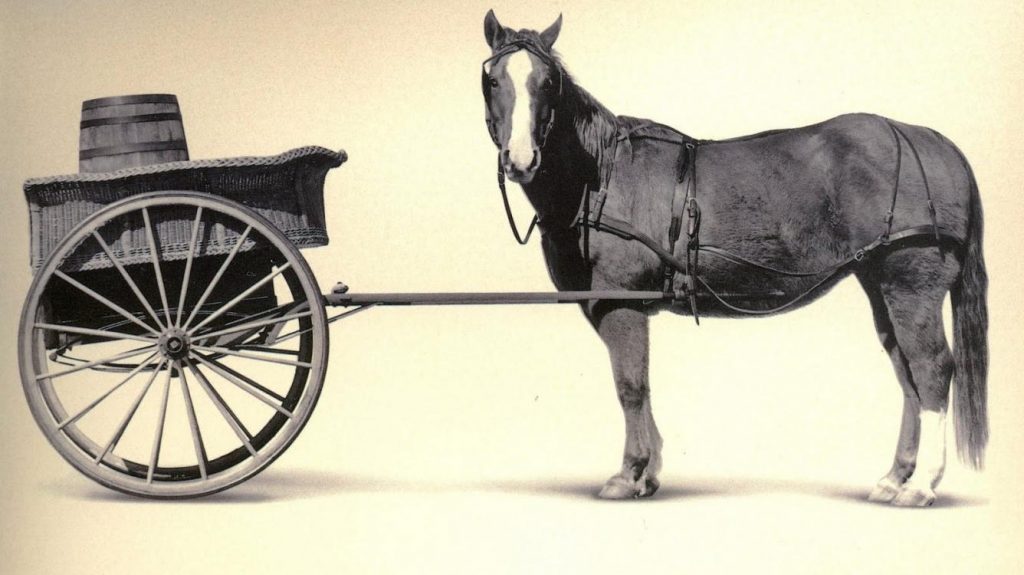 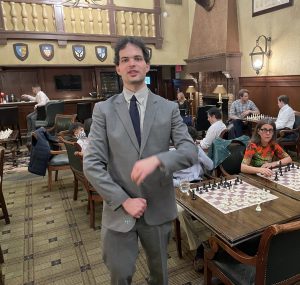 YesterdayI substituted for a class with 12 kids, all beginners. I asked what they learned last week and a few of them said opening principles, e.g, developing their pieces. 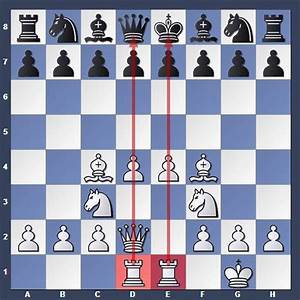 I then set up this simple position: 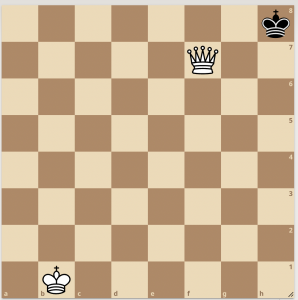 I said it is black to move and asked what this position was, and all the students said it was either “nothing” or “checkmate”. I asked what checkmate means and students mostly answered either “it is when the king has nowhere to go” or “It is when the king gets captured.” Of course, neither answer is correct. If the former was correct, the king would be in checkmate at the start of the game. Contrary to a lot of beginners’ beliefs, kings are never captured in chess.

I then had the students repeat after me: “Checkmate is when the king is in check and there is no way to get out of check”. Only once I said, “this position is something similar to checkmate, but at the same time it is very different”, did one student say “Oh, that’s stalemate.”. Chess teachers need to be crystal clear about the differences between check, checkmate, and stalemate, before moving on to castling, en passant and basic strategy.

One would not teach business strategy before teaching basic law.

For instance, would it make sense for an entrepreneur to learn how to create a business plan before he learns how he needs to pay taxes each year? I imagine, likely not. Without a business plan, an entrepreneur will likely not be successful but without paying taxes, he could be thrown in jail. If one doesn’t know the chess rules, he will not be thrown in jail, but he will not be able to either play a legal chess game or know if he won or not. Before teaching a beginner basic strategy, it is important to make sure he fully knows the rules.