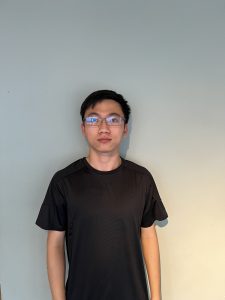 I’m a rising senior in Edward R. Murrow high school which is considered a well-known high school for chess which was established by Mr.Weiss.(Eliot Weiss) I have learned a lot in these past 6 months playing chess within the school’s chess team and at tournaments outside of school. These tournaments are hosted by the right move organization. Chess in the school (CIS)  is also an after-school program that helps low-income students with their journey to find a college of their liking while also being a chess program that helps those in chess hone their skills to different levels.

While the summer takes hold and I take a break from chess as a whole I was excited to find out that there was an opportunity to work with chess over the summer with premier chess. This opportunity offered through SYEP will allow me to work with chess players like myself or those with more experience means that I will be able to pick up more knowledge on the game as a whole and improve my chess games. Premier chess is run by National master Evan Rabin who has spent a great deal of his time since childhood honing his chess skills to be able to acquire the national master title which is given to those with a USCF rating of 2200 or higher. On the subject of chess, you might ask why I decided to continue working with chess? Well, after playing in different chess tournaments ranging from small and large events I have been intrigued by the vast playing styles of the different players I have played against. I would like to gain a greater understanding of the various openings of these players. All in all this Syep opportunity at premier chess will come with its different benefits outside of it being a paid work experience such as different tasks that need to be done for a company to function properly.