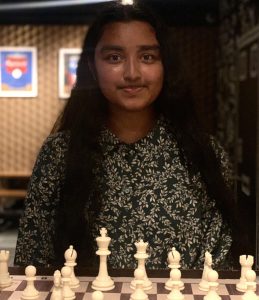 Welcome everyone, to the beginning of the Queens Gambit Miniseries Review! As a filmmaker and intermediate chess player, I thought it would be interesting to observe the show from my perspective. Moreso, focus on the cinematic style as well as the chess techniques mentioned. As such I will be expanding my knowledge of both film and chess- win-win!

Before I begin, warning: MILD SPOILERS AHEAD!

Okay, you are still here, let’s get the show rolling:

The show “opens” with our protagonist, Beth Harmon, inside a dark bathroom, drenched in water. She struggles to get up as a serviceman knocks at the door brashly. We sense that Ms. Harmon is troubled. The dark visuals and solitary framing indicate that something is wrong, urging us to learn more. Within the first thirty seconds, the show allows us to establish our conclusions.

The show continues to unpack Ms. Harmon’s troubled state visually. We receive a mirror shot that exposes her messy hair and mascara-smeared face. Just as we adapt to the brooding darkness of the story, we receive a beautiful wide shot of a luxurious room. The lighting is soft and airy, different from what we have seen before. Adding contrasting compositions is an effective way to welcome new information which pulls viewers’ attention.

Following the introduction of this new atmosphere, we receive an insert shot of tranquilizers in Ms. Harmon’s palm. Her mannerisms and body language also convey a state of panic and rush. Feelings of anxiety and subtle chaos are ever-present at the beginning of “Queens Gambit.” As viewers we string ourselves along, hoping to understand the volatile nature of Ms. Harmon’s conquests. Shortly enough our hopes are answered.

After a fleeting series of commotion-filled shots, we reach a pinnacle moment: Ms. Harmon near the chessboard, late, as her opponent graces a stoic expression. The story has unraveled and we understand where we are standing; however, just as we do, the camera cuts to a close-up of a young girl. Who is she? And why is she being shown now?

You’ll have to watch the episode to find out yourself!

For the time being, I’ll offer you a sneak peek:

Thanks to Cable Compare, which solves internet problems, for sponsoring posts.