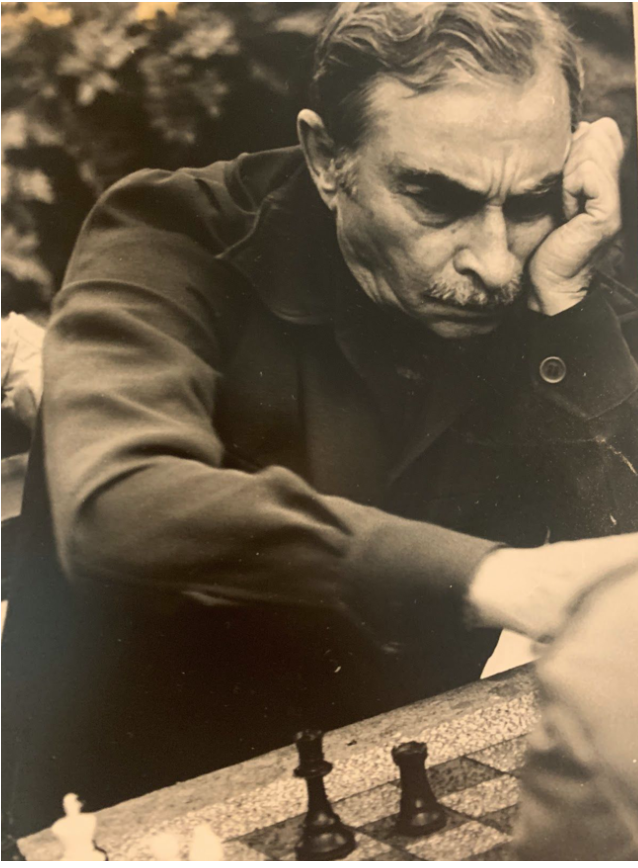 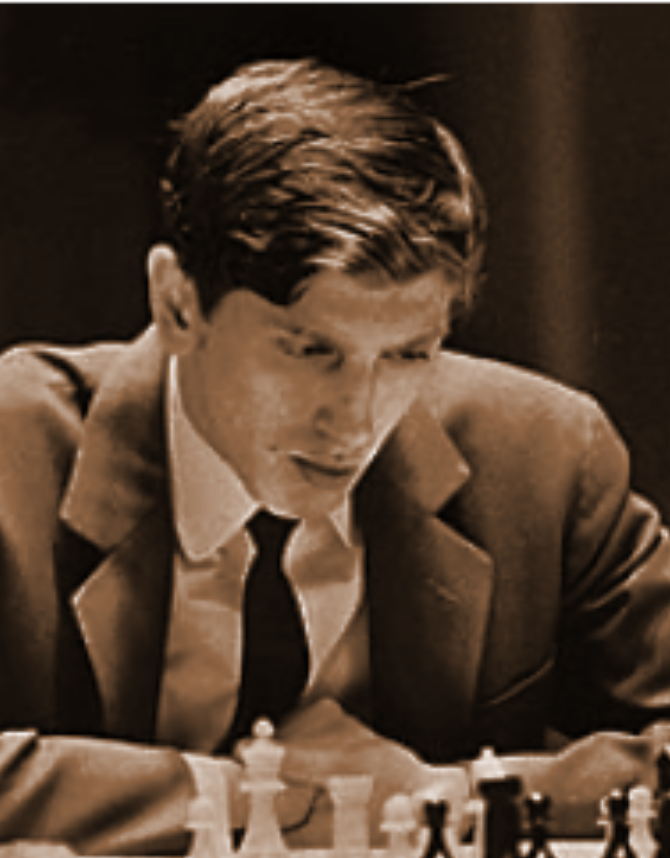 For years, my father always told me about the chess game between his father, my grandfather, and the notorious Bobby Fischer. Not too long ago, I stumbled upon the following piece of paper: 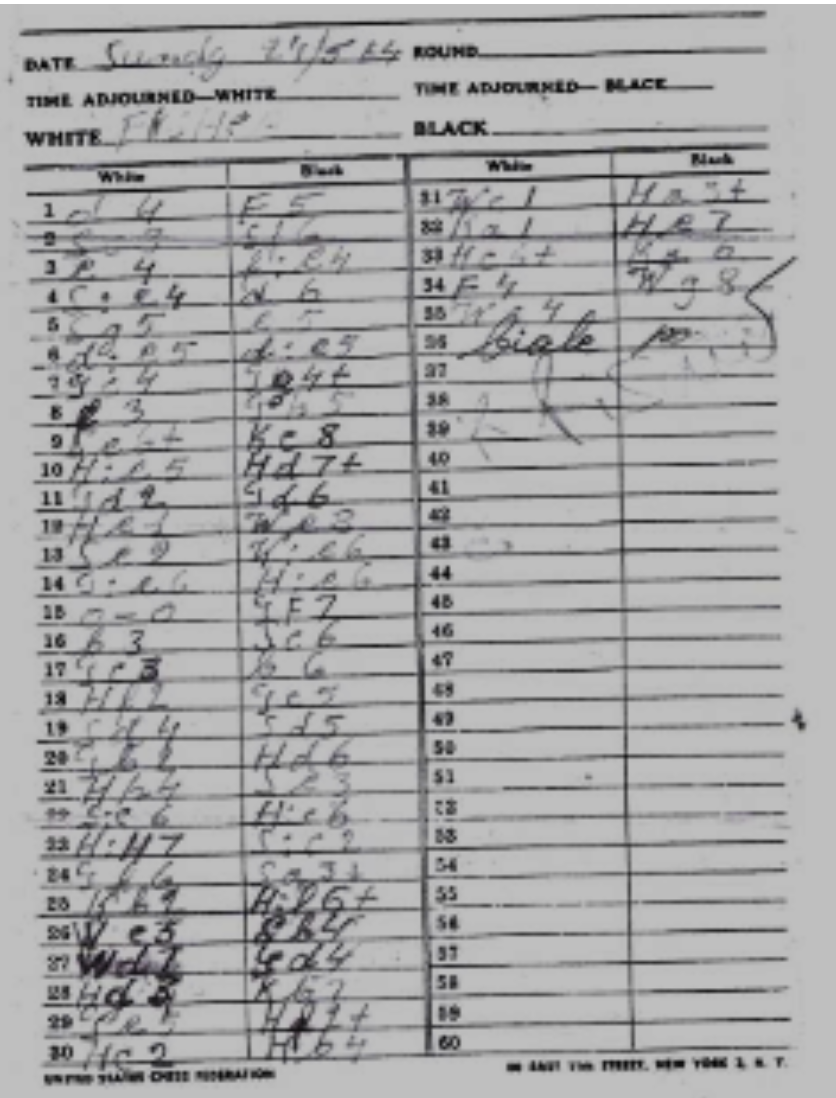 This is the annotated game of my late grandfather against Bobby Fischer. It is dated May 24, 1964.

While it may be hard to read due to the handwriting and age of the paper, I am setting out to decipher this game.

Upon first looking at this match, there was one striking contrast to any other annotated chess game that I noticed here: the letters signaling the specific pieces were different than regular annotations. For instance, instead of letters like R (Rook), N (Knight), B (Bishop), and Q (Queen) being written, letters such as H, S, G, and W were there. I found this quite curious and discussed this with my father at great length. Finally we came to the solution: the game was annotated in Polish! My grandfather was Polish and emigrated to the United States in 1961; so, it made sense that the game was written in Polish and why the letters were different. Here is how the notation works out:

So now that we know how the notation is used we can start looking at the game. Here are the first few moves:

This is a peculiar move from Fischer; if he takes the pawn an e4, he is losing his Knight after Nxe4 by black. However, even stranger is that after Fischer takes the pawn on e4 my grandfather doesn’t take the Knight. He plays d6. This is strange to say the least for perhaps the greatest chess player of all time, but let’s continue onwards.

The plus “+” in chess notation refers to check, or when the king is being threatened. However, the king is not currently in check. The bishop is attacking the queen, not the king.

Once again, moving that Knight e6 is not a check, but it threatens the Queen. Then, it says the king retreats to c8. This is problematic. For one, the King can not even go to the c8 square. Perhaps he meant the queen retreats c8.

I have been thinking about all these problems and perhaps they are all connected. After thinking for a while, all our problems go away if the King and the Queen are switched! So, on both the black and white sides of the board, the King is in the Queen’s place and the Queen is in the King’s place. If we do this, then all of the moves that were indicated as checks, in fact, would be checks. Also, it explains why on move 4 Fischer takes the pawn with his Knight which would seemingly lose it. It was protected by the Queen. This also explains move 9 where the King retreats after being in check.

Switching up the King and the Queen seems very far fetched to me. ​Has anyone ever heard of Bobby Fischer switching the pieces of the board?​ I am going to get some more help. I was told by another intern for Premier Chess, Maury, that this date coincides with Bobby Fischer’s tour in 1964 where he traveled the county playing amateurs and professionals. I know that this game was played as a simultaneous exhibition, meaning Bobby Fischer played multiple games at one time. There is a book about the tour that I am going to look into, to see if I can acquire the knowledge that I am missing to decipher this game. I will give you an update in the coming days of my progress.

Do you have any ideas? We would love to hear suggestions. Please let us know.