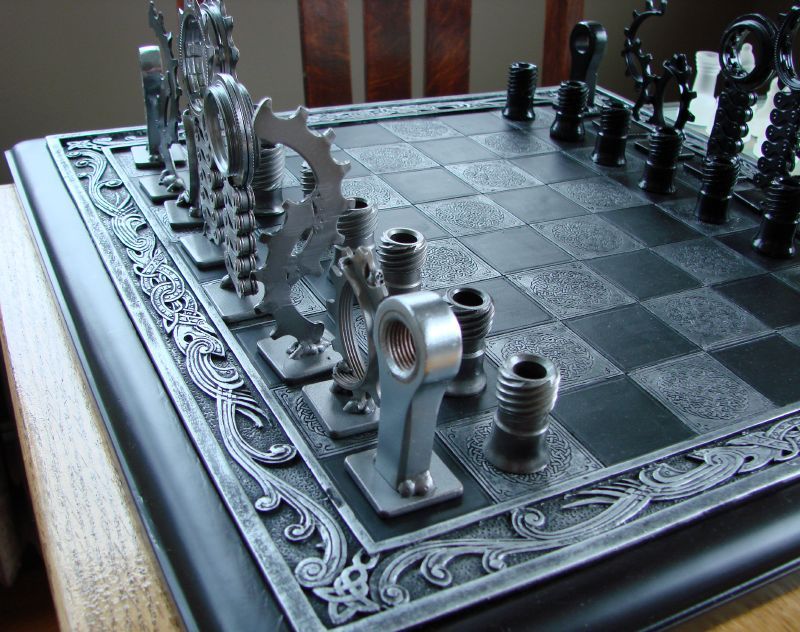 The year 2000 was an interesting one indeed. I had the unique opportunity to take a bicycle trip around the world in an event called Odyssey 2000. It had never been done before and has not been done since. We rode in 35 countries, with 200 people, 20,000 miles. Of course I brought my chessboard with me.

Growing up in NYC I often found myself playing chess in Washington Square Park, losing more often then not. For a couple bucks the park chess wizards would give some tips. When I signed up for Odyssey 2000, I packed my mini magnetic chess board, not sure what adventures awaited me.

We started in LA, went down to Baja Mexico, Panama, Costa Rica and Chile. Then flew from
Argentina to Johannesburg. Rode from JBurg to CapeTown. Flew from CapeTown to Greece. Two months in Europe, back to the states. Then back to Europe to Norway, Scotland and Ireland. From Europe to Asia and back home a year later. Trip included 18 international flights.
An epic adventure to say the least.

After dinner one night I was sitting with my chess board hoping one of my new friends would want to play. Within minutes a friend sat down, and this began our chess adventure around the world. We would play at the top of the Seattle Space Needle, in the park in Russia, on ships, on buses, and on the beaches of the world.

One time we were in SE Asia, and we were on a ship to somewhere fun and exotic. Four of us were sitting around a 4 inch square mini magnetic chess board. We were playing team chess. It was like 4 games in one. White would move, then black, as normal… but each team alternated moves, white partner one would make move one, then black partner one, then white partner two. Work as a team, but don’t discuss out loud. A whole different perspective of the game.

Just recently, I was with a friend in Boston. I went to visit Harvard and I found myself standing on a life size chess set and got into a heated chess match that drew a crowd of 25 or so as we went head to head, sweating, at the worlds most prestigious academic institution.

Chess, like biking, like travel are universal languages that cross all borders. I continue to be an adventurer, traveler, avid cyclist and of course always looking for a good game of chess.

Last summer we were in Vermont with my son and some friends. In a log cabin, along a lazy river. Sitting by the fireplace, in a heated match that came down to a pivotal pawn exchange. I was black. About to make a winning move, or a losing move, came down to an attack and potential sacrifice of the black pawn. My son asked innocently if the black pawn mattered. Of course it does, son, all pawns matter.

So they ask how do you beat Kasparov? Simple, play him in anything but chess.

If this inspires a desire to play chess as part of your travel I have a gift for you. I’m  actually working w an ai/ technology company that accesses 5 star hotels around the world for 3 star prices. If you go to igobuum.com and use this code 483709 then you get a personalized discount luxury travel site – my gift to you, from one chess player to another. This is only available for the first 100 who click. Every new account will feed a malnourished child, through Manna Relief.

If the code doesn’t work for you email me at drewaberman@gmail.com with the subject line travel code “chess premier” and I’ll create a new one for you.

To the king and queen in you.

For more about chess and travel see: