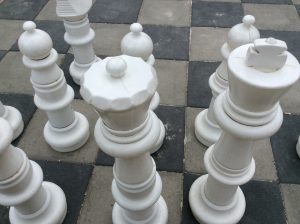 Chess is wildly popular worldwide and there are numerous places where lovers of the game can play or visit noteworthy destinations in chess history. According to the US Chess Federation, 40 million people play chess in the US alone. That’s a lot of brilliant strategic thinkers and a few patzers!

When the global pandemic finally ends, we will be traveling like it’s the Roaring Twenties. If you’re anxious to get out of the house and incorporate intellectual stimulation with your next vacation, here are a few fabulous suggestions for trips.

My own city is arguably the best place in the world for chess enthusiasts to visit for serious tournaments, or play in various city parks. Washington Square Park, Union Square, Bryant Park, and The Chess House in Central Park are famous destinations where players can test their prowess among a wide range of opponents.

If indoor settings are more your thing, you have a variety of options. Marshall Chess Club, the second oldest chess club in the United States is the most renowned. Contact them or drop by. And while you’re waiting for the pandemic to end, you may join free daily online tournaments.

Chess Forum, located in Greenwich Village, is a wonderful place to find a great game with everyone from Grandmasters to beginners, or to purchase a chess set. Pickup games are $5 per hour, $1 for senior citizens and free for kids! Sadly the Village Chess Shop, which was located nearby since 1972, has closed. Mention “Premier Chess” to owner Emad and he will treat you particularly well as he’s good friends with Premier Chess CEO Evan Rabin.

The Sharjah Cultural and Chess Club is the world’s largest venue for chess at 34,000 cubic feet. The center hosts many tournaments including the annual Sharjah International Cup for Women and the Sharjah Masters International Chess Championship, which was supposed to happen in April but had to be cancelled. A visit to Sharjah is perfectly paired with exploration of Dubai, Abu Dhabi, Oman, and the Maldives or South East Asia.

Reykjavik and nearby Selfoss have strong associations with chess on many levels. Location for the 1972 World Chess Championship -aka the Match of the Century – between Boris Spassky and Bobby Fischer, which raised the interest and awareness of chess among millions worldwide. After a series of reclusive episodes and rematches Fischer lived in Iceland until his death in 2008. Many chess lovers have made pilgrimages to Iceland to visit Selfoss, where Fischer is buried. Selfoss is also the home of the Bobby Fischer Center, a small, non-profit museum. It features memorabilia of the 1972 World Chess Championship.

The Reykjavik Open tournament is held annually in the spectacular Harpa Concert Hall and Conference Center. Cancelled for April 2020 it will hopefully be back for 2021.

Considered a chess capital in the US, St. Louis is home to the annual Sinquefield Cup. The World Chess Hall of Fame is also located here, as is one of the largest chess pieces in the world. According to The Economist “the rise of St. Louis as a center for chess dates back to 2008, when Rex Sinquefield chose the promotion of chess in his home town as a retirement project after making a fortune….” 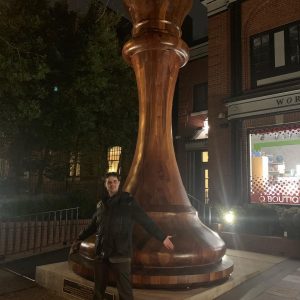 The Cup is played at the elite St. Louis Chess Club. Currently closed due to Covid 19, its classes and lectures can be found on YouTube.

Birthplace of legendary chess player Jose Raul Capablanca, Havana is home to the annual Capablanca Memorial Tournament, which is usually held in May. Chess is an institution in Cuba and has been played there since the 1600s.

Americans can still visit Cuba as long as their trip supports the people of Cuba. You must have a packed itinerary that you can document supports the people and their small businesses, not the government. Epic Experiences can work with you to arrange a selection of activities including chess, music performances, salsa dancing lessons, and cooking classes.

Birthplace of Garry Kasparov, people in Baku are chess fanatics! Chess is one of the country’s most popular sports since the 1920s, after Azerbaijan joined the USSR. References to chess can be found in the works of 12th century Persian poets who lived in what is modern day Azerbaijan. Many of the country’s sports clubs have active chess departments. According to FIDE, there are 24 active Azerbaijani grandmasters, 30 international masters, and 151 titled players.

The Azerbaijani Chess Championship is held annually in Baku. Azerbaijan can be built into a more intensive Silk Road itinerary.

Amsterdam is always a fabulous travel experience for a variety of reasons including the art scene, beauty of the canals and canal houses, plus a multitude of must-see museums for all interests. One of them, the Max Euwe Chess Museum, outlines the development of chess and the history of Max Euwe, the fifth World Chess Champion. There’s even a giant chess board outside the museum.

Amsterdam parks are excellent places to enjoy the game, especially in the summer. Chess is played in cafes too. Don’t miss De Laurierboom, a cozy “brown” café with old timers playing chess and drinking beer. Since famous Café Gambit closed in 2005, De Laurierboom has become the home of the Amsterdam chess community.

Speaking of the former Soviet Union, Moscow has more chess champions than any other city. The city hosts over 1000 annual events and chess tournaments, the most prestigious being the Moscow Open Cup, the Moscow Blitz, Russian Cup and the Aeroflot Open.

July 20 is International Chess Day, and Moscow turns into chess city with huge boards in its squares and schools.

Moscow Chess Mecca is a well-known chess bar for locals, and visitors are welcome. Chess is also popular in parks, and you could luck into a no-fee game at the Chess Club at VDNKh next to Pavilion No.206, or the Blitz Chess Club in Tagansky Park for children 6-14. Everyone is welcome to play at the Chess and Draughts Club in Sokolniki Park from 10am – 10pm, even children. They also have classes for a fee. Visitors may also play chess in the afternoon at Bauman Garden and Fili Park.

The spectacular Lewis chessmen, the oldest chess pieces ever found, were supposedly found in the bay on the west coast of Lewis, although the National Museums of Scotland consider a different nearby town as the likely site of their discovery. Either way they were found in the parish of Uig. The distinctive 12th century chess pieces are carved from walrus ivory. Part of a larger hoard of 78 chess pieces, 14 figurines, and a belt buckle, the items are displayed at the British Museum in London and the National Museum of Scotland in Edinburgh.

You can visit the small stone chamber where they were thought to be discovered on the Uig beach, as part of a broader exploration of the Scottish isles.

Replicas of the Isle of Lewis chess set can be ordered from several places online.

Kerala, India and beyond

Kerala is one of India’s most educated and literate states. Chess is huge in Kerala. Kerala’s first chess tournament in January 2020 attracted tourists and celebrities. Modeled on the Chess Train, the Kerala Chess Houseboat tournament took place on a houseboat on Vembanad Lake, which is one of the best ways to explore the backwaters of the region.

India is believed to be the birthplace of chess and a wonderful place to buy chess sets. Most cities in India have chess clubs and many opportunities to play.

About Eva Grodberg – a luxury travel specialist, Eva has visited 60 countries, many of them multiple times. Specializing in completely customized travel, detail orientation, and rapid response, Epic Experiences will design a dream vacation for you tailored to your passions.

For more about chess and travel, see this article Premier Chess CEO Evan Rabin wrote for US Chess back in January, 2018.

9 thoughts on “Top Ten Cool Chess Sites Around the World”