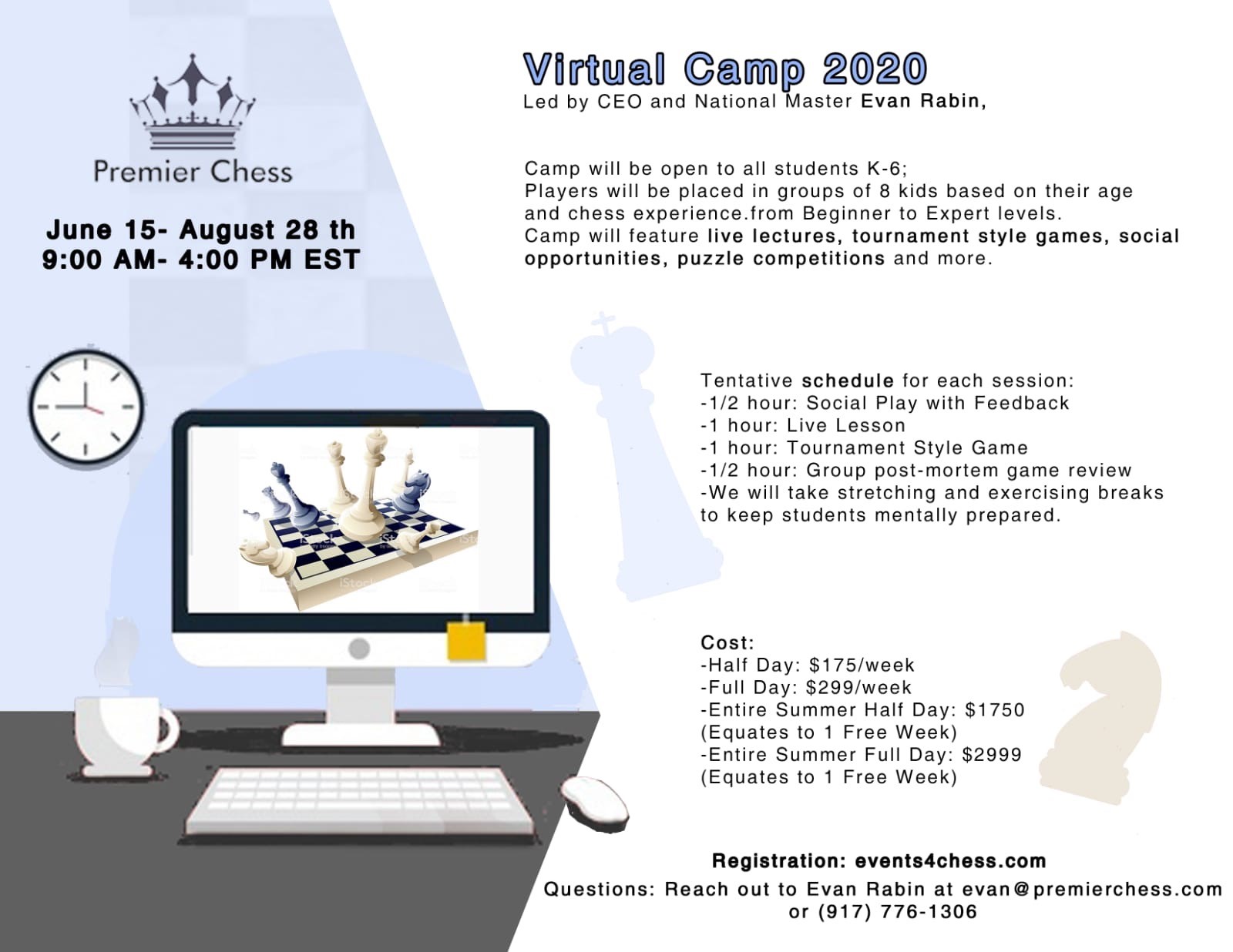 Premier Chess began its virtual camp yesterday and it was great! The day began with an introduction where the kids got to know each other. After that Brian taught an interactive lesson with the campers on Paul Morphy’s famous Opera House Game 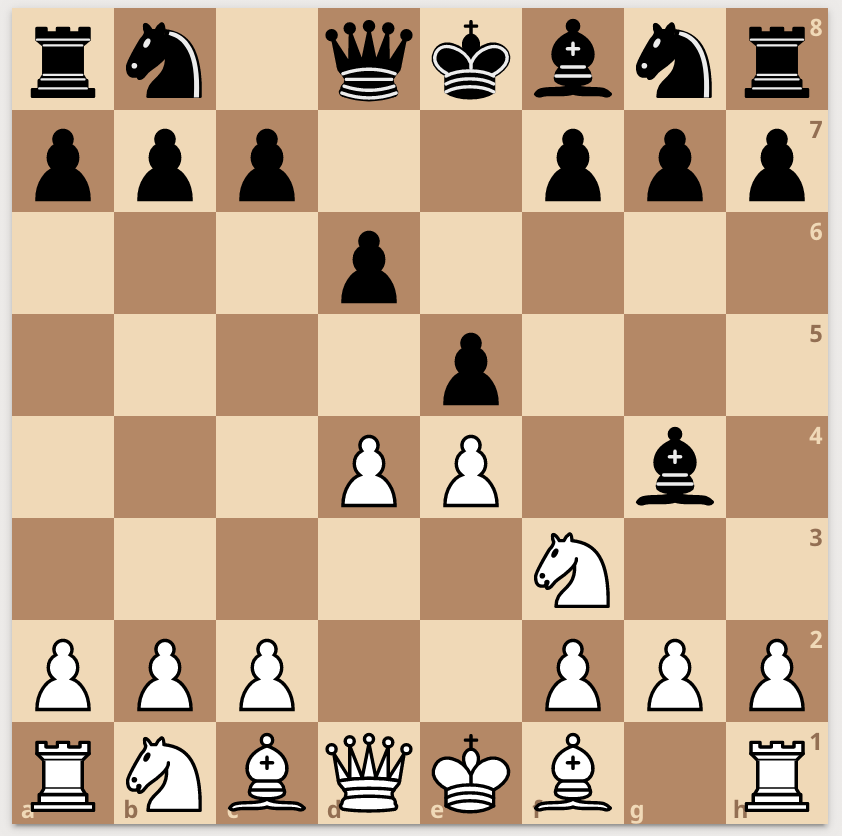 Brian then asked his students what is the best move for white. As answers were given Brian explained what would happen if that move was made. Finally Noah answered that the correct move for White would be dxe5. Now if Black plays dxe5 White takes Black’s queen, Black takes White’s queen and then White’s Knight takes Black’s pawn on e5. This move allows for white to get a “free” pawn and it would look like this: 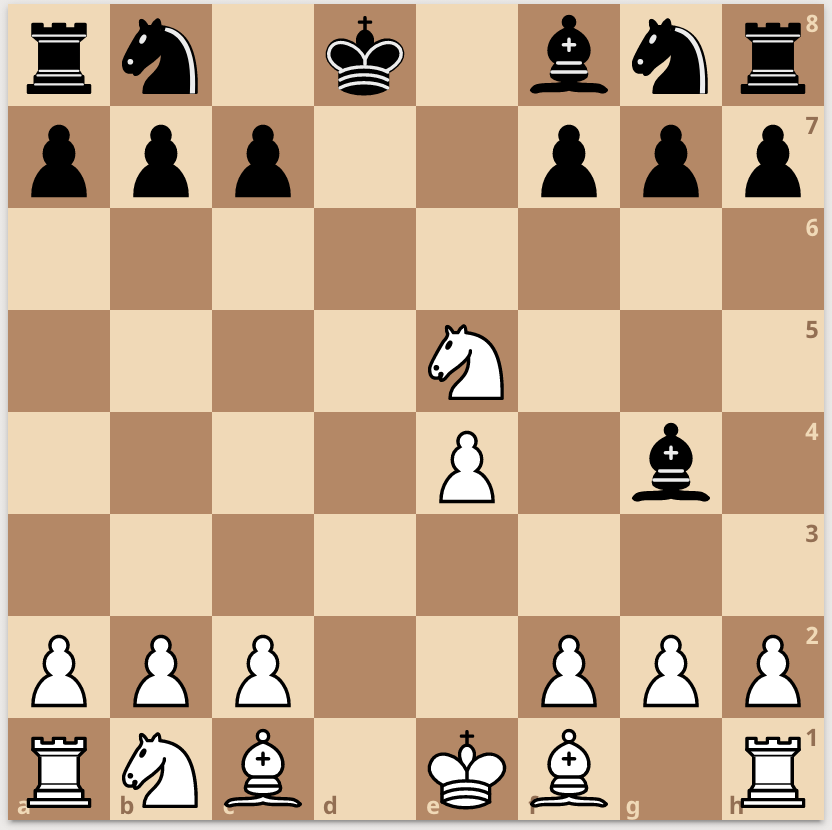 Brian then showed that Black does not take White’s pawn and instead plays Bxf3. White follows up with Qxf3 and then Black plays dxe5 and White is no longer able to capture Black’s pawn.  White then moves Bc4 and now Black is in trouble. 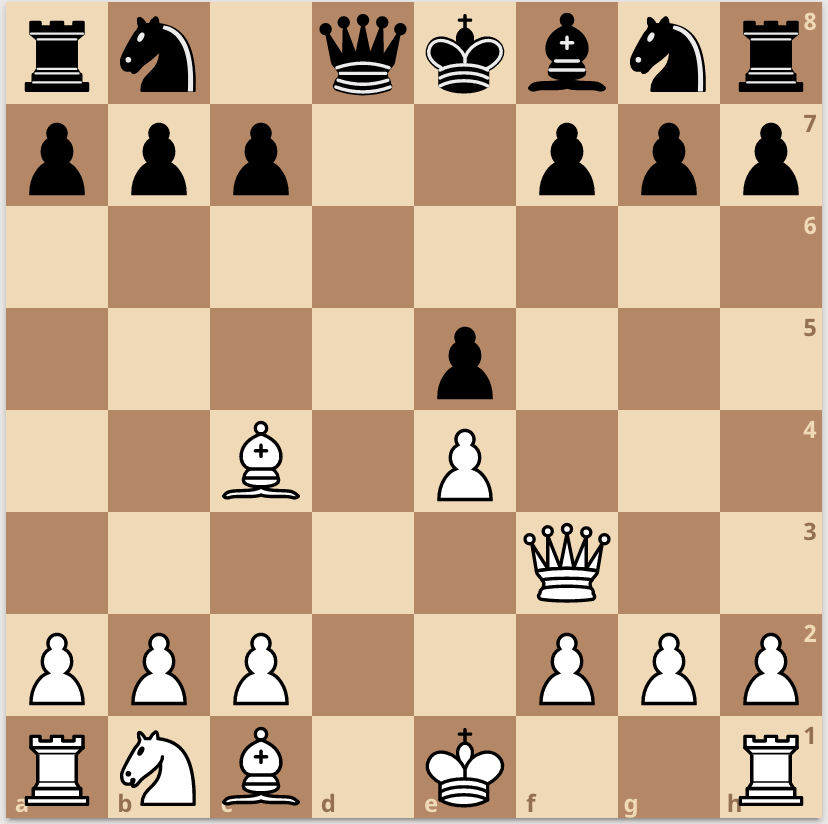 The kids quickly noticed the trouble Black was in and knew if they stood by Black would be in checkmate the following turn if White moved its Queen to f7 where the bishop would be protecting it. The kids decided to move the Black Knight to Nf6 which prevented White from winning the game. Everyone really enjoyed the lesson and the students got into the game as it went on and were excited to help make a move and then analyze that move.

Later in the day the kids played in a tournament on Lichess and they thoroughly enjoyed that. Every so often Brian and Evan would take breaks with the kids so they could stretch and move around. The kids seemed to really enjoy playing and learned a lot as well.