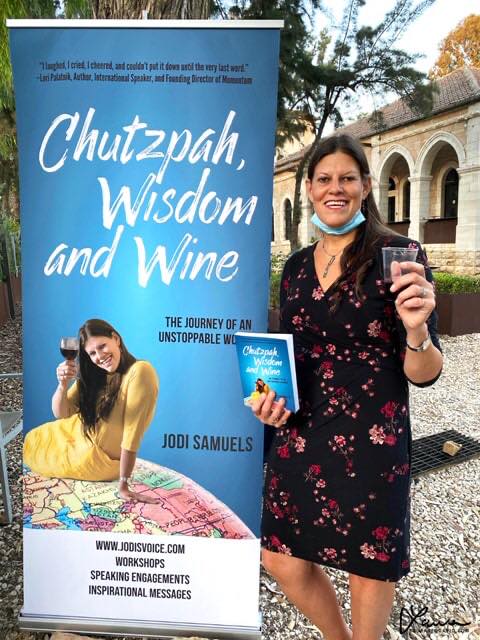 On or off the chess board, every move must have a purpose. In September 2016, I travelled with Masa Israel to the IAC Conference in Washington DC. At the gala dinner, my friend Garrison Corben and I had trouble deciding on a table to sit at and randomly chose one that seemed to have an interesting mix of people. At the very least, I thought it was random; it turns out Hashem had other plans. Once we started introducing ourselves to the others at the table and mentioned to Alisa Adler that I recently moved back to New York, she said she would love to help me and that I had to meet her good friend Steve Eisenberg. A few minutes later Steve came by the table to say hello to Alisa and said he would take care of me moving forward. A few days later, he set me up with Shabbat plans and meals for Rosh Hashanah, Yom Kippur and Sukkot. I also began joining his weekly Torah classes and other Jewish International Connections in New York (JICNY) events. In 2017, I had the honor of participating in Steve’s Israel Recharge trip, which Alisa co-led. Since then, I’ve also become good friends with Steve’s co-founders of JICNY, Jodi and Gavin Samuels. Through Jodi’s recent book Chutzpah, Wisdom and Wine, which was one of the major topics of our recent podcast episode, I learned several key lessons including, one needs to always focus on the positives of every situation, the world is narrow bridge and that we all need to give back to our communities.

Jodi has explored the world and has seen probably more than anyone I know. She grew up in South Africa, where she experienced being held up in gun point, lived under rocket attacks in Israel and has traveled to almost hundred countries and has seen some of the most bizarre situations. One fun fact about her life that was shocking to me, is despite the fact that she raised three kids, not once has she changed a diaper. I have a hard time believing that! It take’s someone like Jodi and her chutzpah to get a stranger on the plane to change her baby’s diaper.

On a more serious note, Jodi has had the challenge of raising her youngest child, her daughter Caila, who was born with Down syndrome. When she was born, several people felt bad for the family and she and Gavin thought quite the opposite. Jodi explains how they thought if they could open up their home for anyone, frequently having Shabbat meals for 40+ people, it would be impossible for them to not accept their own daughter. 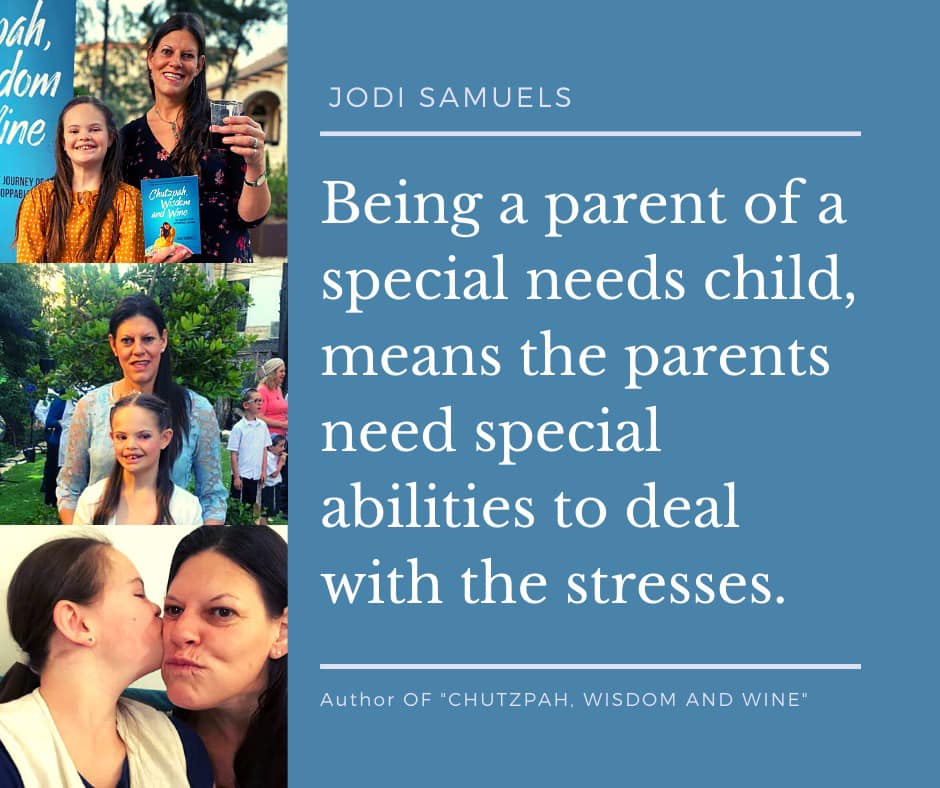 I have personally never seen a person with Down syndrome or autism be angry. While Caila and the family have had lots of challenges, they were inspirational, never letting Down syndrome stop Caila from succeeding in life. Jodi and Gavin fought tooth and nails for her to be accepted to mainstream schools in New York and Israel. She has developed friends and a strong sense of humor. For instance, one day Jodi sent her to her friend for Shabbat lunch. Caila overheard that Jodi’s friend suggested they carry a change of clothes just in case she had an accident and Jodi insisted that it wasn’t necessary. Shortly after, Caila scared the host by joking that she had an accident, when everything was clear.

Until today, Jodi always has struggled about whether or not Israel is the place for her. Yesterday, Jodi shared on Facebook how her elder daughter Temira got her papers to enroll in the army, what Jodi describes as the one piece of mail that comes in on time in Israel. She wrote, “I keep getting reminded I do live in Israel, in spite of all my protests!” On one hand Jodi has struggled living in Israel, having to deal with people shouting, lots of bureaucracy, nosiness, security concerns, etc. Furthermore, Israel did not provide nearly as many resources for Caila: “In order to match what Caila was getting- for free- in New York’s education system, we spent thousands of extra dollars a month to get tutors and therapies to get her the support she needs to be in a typical school environment” (194).

It is Jodi’s chutzpah, shameless audacity, that has kept her to stay in Israel. Her kids and husband Gavin have adapted to Israel well. Inspired by the third weekly torah portion when God commands Abraham to leave his native homeland, Jodi’s “life motto is Lech Lecha. Go. Or just do it. And that we did, with no wavering. When I decide to do something, it’s all or nothing.” While we can all have challenges, it’s important to be persistent and always attempt to finish what we started. 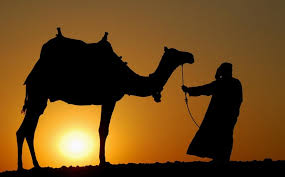 When I studied for a semester at Tel Aviv University in 2011, I definitely missed home at times and experienced some of the items Jodi did on a small scale. I once lost my debit card and it took several weeks to get a replacement one from New York. Thankfully, my friends helped out and lent me some money short-term and I got by but it was definitely a little nerve wracking, being in a foreign country without any access to cash. While some day Jodi Struggles, “love is the overriding reason that compels [her] to stay… Seeing how [her] children are thriving, watching Gavin draw from the Idealism of this life, [she] is [in Israel] because of love” (267). While a chess player may be annoyed by a mistake or a loss, he needs to learn from that and maintain focus for his next move. My grandfather Jack Rabin’s first cousin Fay made Aliyah to Israel from the US. 40 years ago and her whole family followed, thanks to the Law of Return, which allows all Jews to gain Israeli citizenship without questions. While Israel has its challenges, it is astonishing to be able to go to sites of our ancestors like the Western Wall and the burial sites of our matriarchs and patriarchs in Hebron. 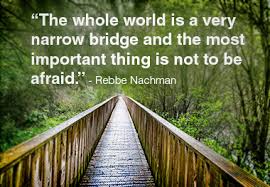 If there is one thing that COVID-19 has taught us, it is how one person can create such a big impact on the world, either positively or negatively. One person consuming a bat in Wuhan, China essentially influenced the entire world to be in lockdown. However, while connectedness in this regard has been venomous, it can also be a blessing. While many of us have been Zoom fatigued, we should be grateful that this time has been an opportunity to stay connected with people around the world. For instance, I recorded my podcast episode with Jodi, while I was in New York and she was in Jerusalem.

I have been to 24 countries and each one, I have met people through chess, Jewish and music communities. Learn more about my travel in this US Chess article. Jodi has travelled the world extensively and has hosted 10,000 members from 40 countries to JICNY events and her own Shabbat dinners. While people have come from different backgrounds, they have all got along as Jodi writes, “ Many of our deepest lifelong friendships began at our Shabbat table, stretching to our days in outback New York Zealand all the way to New YOrk. We can be very proud of the 126 married couples  as of this writing whose relationships began at one of our JIC events, the first of which were a Beligan and a Hungarian Jew who met in New York. This dear couple and their children now live in Israel and they were regulars with us for many Shabbats a year. Stories like this make the risks of hosting the masses worth it. (248). I am an active JICNY participant and perhaps will be added on to this list of 126 couples, god willing!

The chess world is also a narrow bridge, as I have friends throughout the world from chess. When I played in the 2019 Vesuvio International, I met a guy who played a tournament in Las Vegas. It turns out his first round opponent Brian Solomon is a good friend from Boston, both from the chess and Jewish communities.

Jodi also teaches the importance of tikkun olam, giving back and making the world a better place, as exhibited by the great success of JICNY. Unlike many other non-profits, JICNY does not have any high-paid non-profit executives on staff. At the same time, the organization  keeps busy with “two-hundred plus events.. annually with only one paid employee who works twenty hours a week”(250). In addition, the Samuels family has been involved with Shabbat of a Lifetime, “an organization that matches non-Jewish tourists  with Israeli families for a traditional Shabbat dinner…  It is a real-life example of how our connection with thousands of years of a rich and beautiful heritage enable Israel and the Jewish people to survive, even thrive “(251). Unfortunately anti-semitism and ideological warfare still exsists today; one of the best ways for us to fight both is leading be example. Rabbi Levi Welton and Rachel Farjado have taught me the importance of teaching the 7 Noahide laws, which apply to all non-Jews. 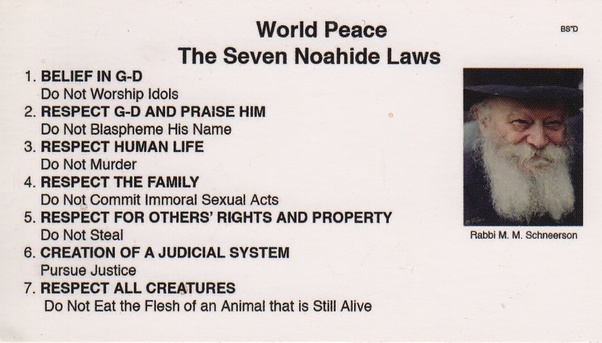 In order to build a community and prevent hate, as discussed in this podcast episode with Rabbi Levi Welton and Reverend Gregory Livingston, we need to truly live as one and teach others about our communities. For instance, non-observant Jews and gentiles alike see Shabbat as restrictive; they do not realize it is quite the opposite as observant Jews are the only ones who are not glued to their phones and restricted to technology on Shabbat and holidays.

Likewise, education can stop misconceptions about chess players. For instance, there is a rising population of women playing the game and it is not as much of a nice industry as most people think it is. When I go to networking events, people are often shocked when I state Premier Chess is one of many chess companies in New York.

As we learn in life, it is imperative that we give back to others. Chess has been my passion since I was 7 and I made master when I was 20. While I enjoyed the first few years of my career in enterprise sales, selling technology solutions to financial institutions, retailers and state, local and education institutions for Oracle and Rapid7, I couldn’t be happier to have returned to my true passion, managing chess programs, where we teach business and life lessons to students of all ages and skill levels. Give your self a favor today and buy a copy of Chutzpah, Wisdom and Wine today so you can be motivated to make the best out of every situation, build communities and give back, utilizing your true passion! 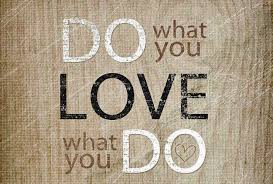