So how is hypnosis related to chess and how can it help in learning the game? 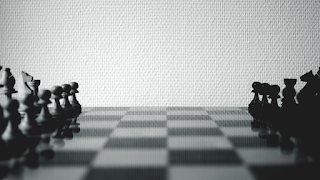 Hypnosis works by bypassing your “critical factor” or analytical mind in order to access your subconscious mind which is the seat of all behavioral change. It can help facilitate learning on all levels by tuning into how you learn and process new things and how your way of learning is different than your teammates or opponents. Some of us may be more dominant visual, auditory, kinesthetic or even “auditory digital” in the ways we learn. Bringing awareness to your dominant way of learning or “representational system” will help you know how to us use your dominant method of learning to your advantage to achieve even higher levels of learning. You have heard the expression “super-learner”. Well you can become one when you explore some of the many menu items hypnosis has to offer.

Now I mentioned “bypassing the critical above” and you may be wondering what that is. How many times have you been emotionally moved by a movie? Maybe you even laughed or cried at the movie, or seen Spiderman climb up the side of a building. Now we know that the sequence of pictures passing in front of a projector screen is not real, yet in order to enjoy the experience and get involved, you allow yourself to suspend the conscious judgement and critical faculties of the mind and accept the imagery of the movie as real. This is a glimpse into how hypnosis works.

In addition to helping you tune into and access your dominant way of learning, hypnosis can help you with eye focusing techniques designed to expand your awareness and relax your nervous system. When you think of hypnosis you may think of slowing down which does happen but it is a process of active imagination as well so you will feel more energized, awake and alive after a session. Hypnosis has no side effects and can help with ADD, ADHD, cravings, anxiety, stress, peak performance and lots more.

334 Replies to “Hypnosis and the Art of Chess Learning”