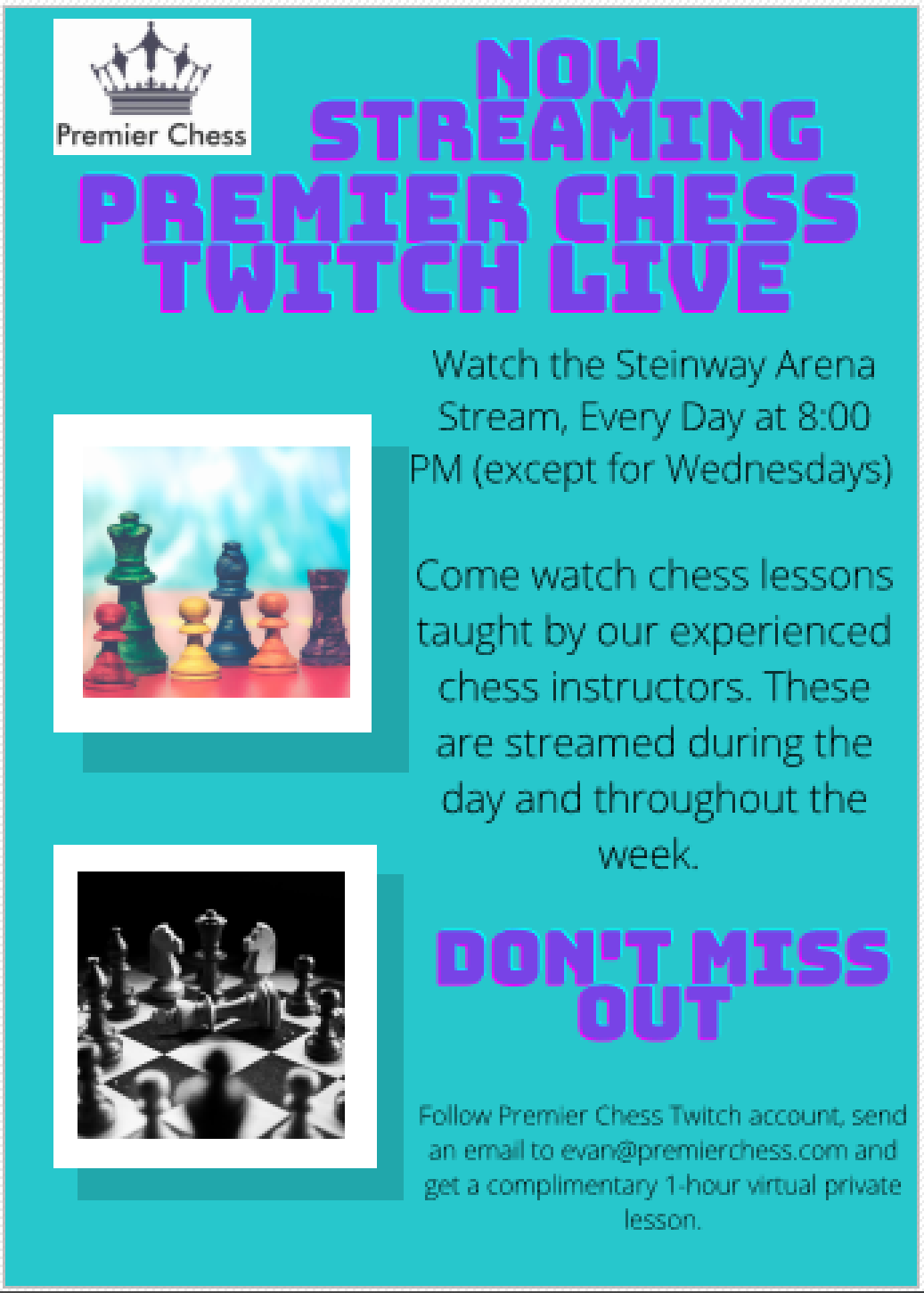 Grandmaster Hikaru Nakamura has single-handedly made chess a main-stream activity through his Twitch stream. While Twitch is primarily used by video gamers,  due to COVID-19 and cabin fever, many chess players have started streaming. Several months ago  our Jersey City School Programs manager National Expert Sean Finn  suggested I started streaming. While I thought it would be fun, I did not the see the value in doing it. However, when Former Hong Kong Chess Champion Andrew Koenigsberg   recently told me how many players were on it and how I could build a community. With some intiial guidance from him and some more design work from Liza Orlova, I was able to launch Premier Chess stream.

Thanks to our stream, we have made friends with fellow streamers and fans all around the world. So far, we got two children, including “Ladnayana“, to attend our virtual camp through Twitch.  We would like to thank all the streamers, including FM Anna-Maja, GM Alex Lenderman, Fortuna Chess Coach and GM Benjamin Bok, who decided to become ambassadors for our camp. 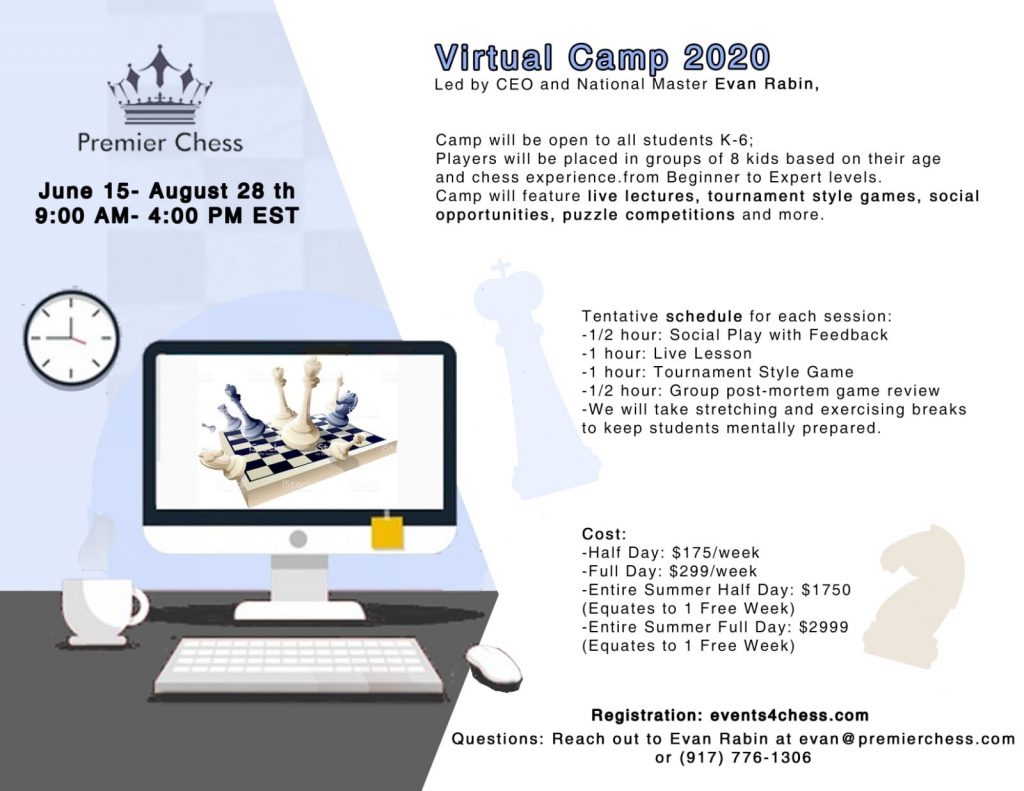 Furthermore, I would like to thank these streamer friends who have joined an informal Twitch networking group and have helped one another boost our follower and viewer counts: