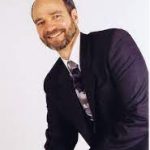 I am the author of numerous chess books from beginner to advanced (including some new workbooks for kids) and have received endorsements from Premier Chess’ 109th Podcast Guest Bruce Pandolfini, Grandmaster Michael Rohde, Chess.com, Georgia Chess Magazine and many other chess teachers, coaches and top ranked players. 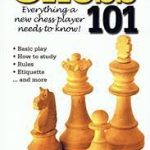 is used in schools and chess camps across the country and has been endorsed by top chess coach Bruce Pandolfini, GM Michael Rohde,Chess.com and many more!

Parker’s Chess Adventure is a story book/workbook that details the journey of Parker the Pawn as he makes his way to the king’s castle to play chess. This workbook also contains 100 one-move chess puzzles covering ten different chess tactics categories for kids rated 1000 and below. It also has colorable chess images throughout the book. Endorsed by two-time Rhode Island state chess champion and chess coach, Jim Della Selva.

Beginner Puzzles contains 50 mate in one chess puzzles that start out fairly easy to build confidence, then gradually increase in difficulty as the reader works through the book. Endorsed by National Chess Master, Zachary Bekkedahl.

Advanced Puzzles contains 50 chess puzzles for the more experienced player. There are a dozen of each of the following puzzles: mate in three, mate in four and mate in five, and an additional 14 puzzles where the reader is asked to find the best move to win material and create winning positions. Endorsed by Dr. Alex Davidovic, International Master and chess trainer.

Intermediate Chess Tactics is a workbook containing 300 chess tactics puzzles (no checkmates) for the intermediate-level player. This book contains 6 chapters. Each chapter contains 50 chess puzzles with each of the first five chapters dedicated to a specific tactic. The last chapter is a 50 puzzle final exam where you are not told which tactic applies.

4 thoughts on “Chess Books for Beginners to Advanced”