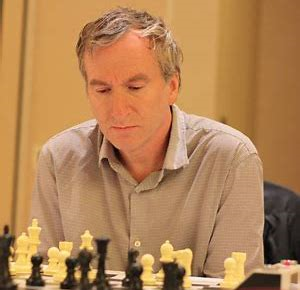 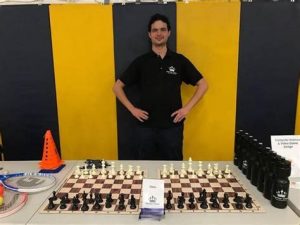 When I tell people I am a “national chess master”, non-chess players will often ask me how far I am from grandmaster, not realizing there is a big difference between the two titles. “National Master” is essentially the highest title you can get from US Chess but “Grandmaster” is the highest one you can get from FIDE, the World Chess Federation.

On Sunday afternoon, I had the pleasure of scoring 2-7 in Match against Grandmaster Michael Rohde, founder of Chess Reporters.  I have known Michael and his family for many years. In 2003, I teamed up with Mike, his younger son Aaron Rohde and Kevin Murphy in the United States Amateur Team East.  Over the years, I have a few draws in tournament chess against Rohde, but I never beat him so going into the match, I knew it would not be an easy feat; however, I was up to the challenge. Inspired by rabbis Peretz Chein of the Chabad of Brandeis and Levi Welton, I am a big proponent of the idea of Ufaratzta – to get outside of one’s comfort zone.

To prepare for the match, I took a look at Rohde’s games on various databases and realized that there was one main opening- I had to work on- the white side of the Taimanov Sicilian. On of the main games I used in my preparation was this game against Grandmaster Mackenzie Molner from the 2005 Marshall Chess Club Championship; however my preparation did not go deep enough and instead of 6…a6 as he played in against Molner, I did not know how to handle the quick 6…Nf6 and quick d5 break.

On the other hand, my prepration was better with black. I got fairly equal positions in both the Queens Indian and Caro Kann. He did not know the 3..c5 variation of the Advanced Caro Kann as well me.

Check out my Lichess account to see all the games.

Overall, I wasn’t overly happy about the result but thought it was reasonable. Michael Rohde and I are both open to challengers so be in touch if you’d like to set something up!