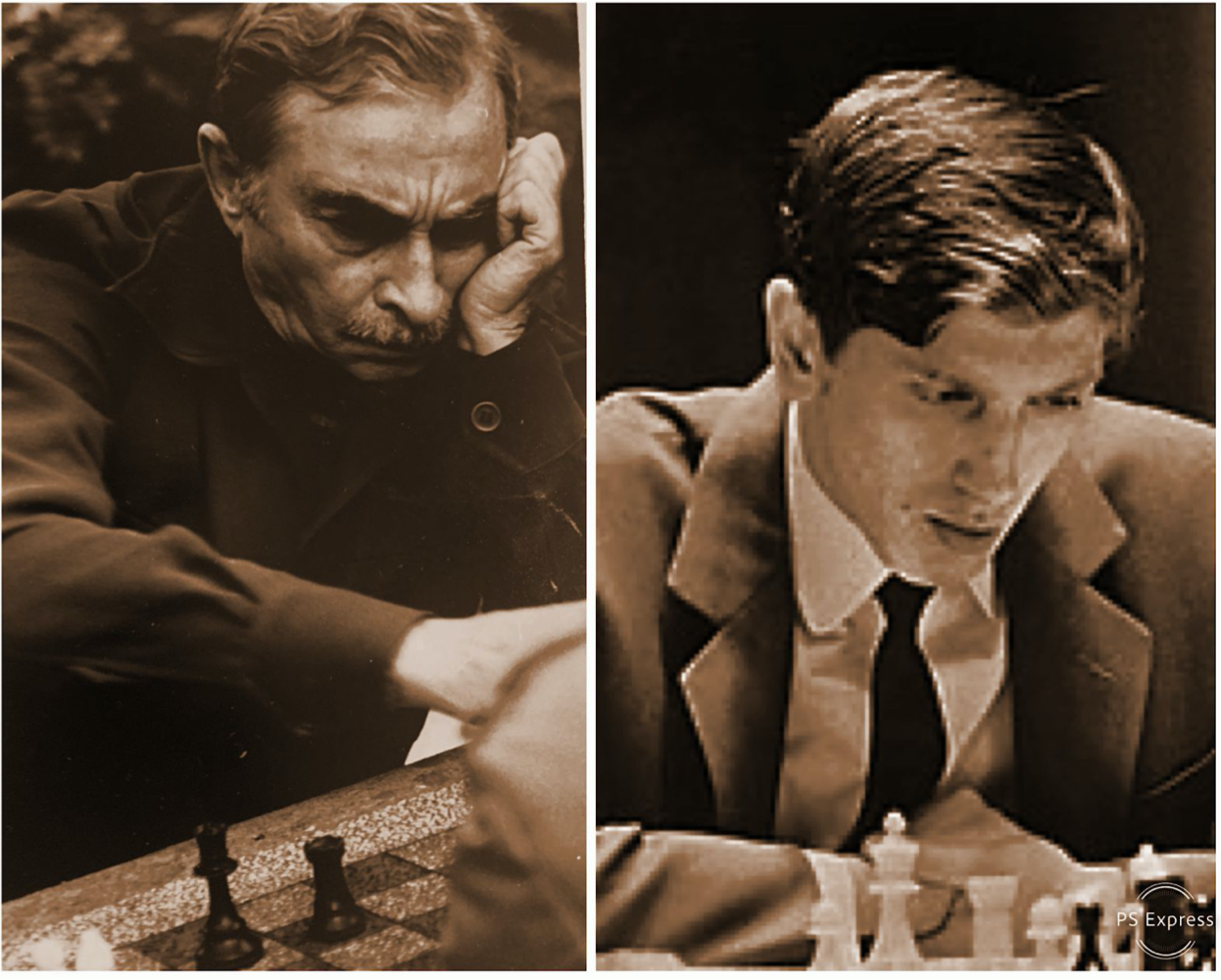 Hello everyone!
This is Part #3 in the series examining my grandfather’s May 24, 1964 exhibition game against the then 21 year-old US Chess champion, Bobby Fischer.
By way of background, In blog post part #1, I figured out that the pieces in the game transcript were annotated in the Polish language, ( Q = H, R = W etc.). In blog post #2, we also determined that the columns in the game transcript were actually inverted (H = A, G = B, etc.).
After weeks of this clarifying detective work, we can now actually analyze the game. ​So, let’s jump into it!
As both the book, A Legend on the Road: Booby Fischer’s 1964 Simultaneous Tour and the New York Times newspaper article indicate, Bobby Fischer opens with e4. According to the newspaper article, he thought that it was cowardly to play anything but that move.
1. e4 c5
As black, my grandfather responds with the most popular and best response to e4, the Sicilian defense, playing c5. The reason why 1.e4 is considered a worse move than 1.d4 is solely because of the high success rate of the Sicilian defense. About one in four chess games actually begin with the Sicilian defense. Fischer responds by playing the top engine move of 2. Nf3.
2. Nf3 Nc6
Nc6 by my grandfather is the second to most popular move in this position and is a strong developing move. This opens the door for Fischer to play 3. D4 which is called the Open Sicilian. The Open Sicilian is known to lead to many complex positions. In this position, white has better development and more space on the kingside, while black has a central pawn majority after cxd4 is played.
3. D4 cxd4
Fischer then takes back the pawn with his knight, and black responds with e6. e6 by black, provides a segue to the Taimanov variation, which tries to develop the kings side bishop. e6 by black is not at all the most popular move at this point; there are less than 7,000 known uploaded games in existence that use this variation. e6 by black is also a slight variant of the Kan Paulsen Variation. Furthermore, after 5. Nb5 d5 there are only 11 games that have been played in this position. This move by Fischer is a variant of the Szen variation. Both the Szen and Paulsen variations usually start with 2… e6. d5 here according to the engine is not a great move and gives the edge to white.
4. Nxd4 e6 ​5.​ Nb5 d5 Next, they exchange pawns.
​6​. exd5 exd5
Now Fischer develops his bishop and places it on f4. My grandfather then plays the top engine
move of Bb4+.
​7​. Bf4 Bb4+

Instead of blocking with the knight, Fischer blocks the check with his pawn and plays c3. My grandfather then retreats a space by playing Ba4, still pinning the pawn on c3. With this move by Fischer, it narrows this game to one other game in the chess database that has this exact position. The game was played in 2003 between Casey Hickman (1255) and Heather Huddleston (1522). White ended up winning that game.
​8​. c3 Ba5
White, Fisher, then counters with a check of his own with his knight by playing Nd6+. After the king retreats to f8, white can take the pawn on d5 with his queen. My grandfather then checks white with Qe7+.
​9​. Nd6+ Kf8 ​10​. Qxd5 Qe7+
Fisher blocks the check with Be2, and Black threatens the queen with his bishop by playing
Be6. At this point, we have a completely unique game that has never been played before. ​11​. Be2 Be6
After this, white should have played Qc5 continuing to threaten the bishop and knight. However, Fischer retreats his queen to d1, thereby relinquishing the lead to black. Black takes advantage of this blunder by moving his rook to d8 pinning whites knight in front of his Queen.
​12​. Qd1 Rd8
Fischer moves his other knight in front of his queen, removing the pin of both the knight and the pawn. Black takes advantage of this opportunity by trading his rook for white’s bishop and knight.
​13​. Nd2 Rxd6 ​14​. Bxd6 Qxd6
White Castles. Black moves his bishop to c7 threatening checkmate in one.

​15​. O-O Bc7
White moves up the g pawn one space to prevent the checkmate. Black then activates his knight by playing Nf6. A better move probably would have been to push his h pawn, putting pressure on black’s g pawn.
​16​. g3 Nf6
White puts his bishop into action by threatening the knight. Black moves up his g pawn one square. White moves his queen removing the pin of the knight. Black threatens the queen by moving his bishop to f5. My grandfather is certainly in the lead here!
​17​. Bf3 g6 ​18​. Qc2 Bf5
White blocks the attack of the queen by moving his knight to e4. Back then moves his knight to e5 threatening white’s light square bishop. White retreats the bishop to g2, and black moves his queen to e6.
​19​. Ne4 Ne5 ​20​. Bg2 Qe6
White threatens the a pawn while still keeping an eye on e4. Black moves his knight to d3.
They then trade knights.
​21​. Qa4 Nd3 ​22​. Nxf6 Qxf6
White captures the undefended pawn.
However, here is when things get very tricky. According to the annotated game, black plays Nxf2. This move doesn’t really make a lot of sense. It seems to just give away the knight for nothing.
​23​. Qxa7 Nxf2

Then, even more absurdly, Fischer plays Bc6. This move is rated at -20 according to lichess.com. It simply doesn’t make any sense. There must be some sort of mistake here. That seemingly blows the game. ​There is no way the great Bobby Fischer would have played that move. ​Black checks with the knight.
​24​. Bc6 Nh3+
White gets out of check with Kg2. Black then kills white’s light square bishop and checks with
his queen.
​25​. Kg2 Qxc6+
Whites only move is Re3. Now, the best move for black in this position is knight g5, threatening the pinned rook. However, the recorded game says that white plays knight g4. This is problematic, for black’s knight can not get to g4. Even if we say that he meant g4 when he recorded the game and it was just a mistake, this leads to more problems. The next move that white plays according to the annotated game is rook to e1. This also makes no sense as Black has a clear checkmate in two moves. However, the recorded game says that he doesn’t capture the knight but rather plays bishop e4. Once again, Black’s bishop cannot go to e4.
​26​. Re3 Nb(4/5) ​27​. Re1 Be4
These problems are once again building up. Perhaps my grandfather missed a move or 2 when recording this game that explains these errors. I will keep trying to find a solution and will update the blog if and when I make progress.
Thanks all of you who have followed my journey thus far. If any of you have ideas, I would love to hear them. Please feel free to reach out.