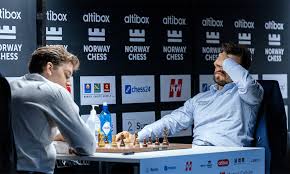 World Champion Magnus Carlsen astonishingly played 125 classical games over the last 2 years without a loss…. until he Duda defeated him in the Altibox Norway Chess Tournament last Saturday. The game made it to widespread press as per this CNN article.

Here are some educational notes about the game:

-Magnus Carlsen played a Caro-Kann, not an opening he normally plays, definitely as a surprise weapon. He then also played a side variation with 3. Nf6.

-Despite a substantial material advantage, two rooks for bishop and three pawns (4 point lead), Duda had to remain alert and avoid lots of complications. Often students make the mistake of relaxing and not spending enough time in winning positions, when it is easy to make mistakes.

-One of the strongest suits of an elite player is his ability to come back after a loss; Magnus Carlsen got swift revenge against Duda the next day as he beat him in this 27-move game.  After eight rounds, he is currently in 1st place in the tournament, with a 1-point lead over Alireza Firouzja. 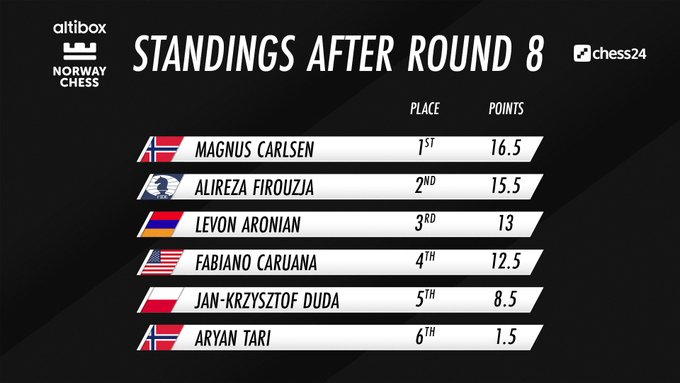