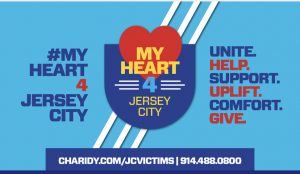 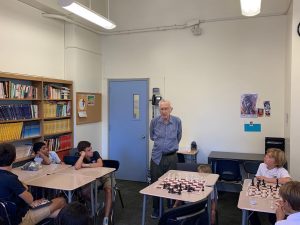 I grew up on the Upper West Side of Manhattan, I rarely crossed the Hudson River to Jersey City until recent years. However, when I started Premier Chess 2.5 years ago, I realized many of the schools in Jersey City have never been reached out to regarding the idea of setting up chess programs. Soon after, Jersey City Global Charter School Jersey City Global Charter School became one of our first school programs. A few weeks after, the School’s Open House happened to be on the eve of Rosh Hoshana so I decided to go to a meal at Chabad of Hoboken.

Recently we have noticed two tragedies in Jersey City:

1) On Monday, November 18 our wonderful instructor National Master Lev Khariton, who taught f/or us at Jersey City Global Charter School, Waterfront Montessori  , Embankment School  and Grace Church School ,passed away from a stroke, leaving behind his wife, three children and one grandchild. In addition to being an amazing teacher, Lev was a fantastic player,  storyteller, poet, entertainer and much more.

2) Several weeks later, as we approach the holiday of Hanukkah, we are devastated to hear of the terrible, anti-Semitic shooting and murder of six at the JC Kosher Grocery. Mrs. Ferencz, devoted mother, wife and a pillar in the community was gunned down in cold blood. The grocery which was their source of income now stands destroyed, raked by bullets and covered in the blood of innocents.

1 thought on “Tribute to Jersey City”