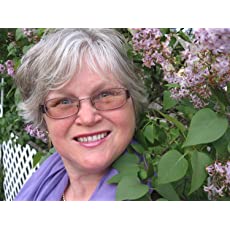 If COVID-19 taught is one thing, it is how small the world we live in is. One person getting sick in a remote place in China can cause most countries to shutdown. Fortunately, in New York things are slowly picking back up with businesses open with modifications, schools doing blended learning, students learning in pods, etc.

Yesterday evening I was playing tourist on a Circle Line tour around Manhattan, and by chance met Wencke Braathen, a wonderful playwright and author. When I told her I own a chess company, she mentioned she knew a couple who ran tournaments in Las Vegas. She was surprised when I immediately told her that she must be referring to Janelle and Al Losoff. While unfortunately the Gaming Commission did not allow the National Open  to happen this year as they banned events with 50+ people, they will be back to bigger and better things in June, 2021.

Meanwhile, wanted to share  Wencke’s musical which is called “Hell is Canceled!” and is a hilarious take on archangel Michael and Lucifer as old roommates in Angel College who have so definitely gone in different directions in their lives; Michael up and Lucifer down. After Michael is lowered down to Hell and announces that this department is canceled by decree of Mr and Mrs God, Lucifer arranges for Olympics in Hell to give his people an opportunity to get out before it freezes over. When Michael comes back to help his old friend, he can’t get back to Heaven, and finds himself stuck in Hell with Lucifer and a lost soul. To his amazement, maybe his angelic perfection wasn’t as perfect as he thought, and maybe Lucifer isn’t such a bad guy after all. And who is Lucy, the lost soul?

There is lots of room for comical situations with singing plants in God’s greenhouse, cameos with the people of Hell as they return to Earth Life creating businesses based on Lucifer’s teachings about Fire, and people of Hell claiming their power back when they hear that they’ve fueled the fire with their guilt and shame all these years. The iconic song “Euphoric Sophomoric Seraphim” is sung by Archangel Michael expressing his wish to be able to do that merging thing that humans do, all the time, all in sparkles and rainbows. Lucy’s song “Childbride burning” is a chilling, but rousing country song. We have a gay wedding between archangels and a celebration of the unification of Heaven and Hell, on Earth as it was intended from the beginning. The show has a sincere tongue in cheek approach to everything, somewhat reminiscent of Monty Python. The concept of Hell being over is a good message in our time when the corona virus has changed so many people’s lives dramatically. Things have been turned upside down, and angels and demons might have to become friends.

There are 28 songs over two acts with four scenes in each act. The show needs one stage design throughout that gets minor changes. “Hell is Canceled!” needs 12 actors.

Wencke wrote the book and the lyrics, the music is composed by Gerald H. Bailey. We’re both members of Chicago Writers’ Bloc and the Dramatist Guild. Wencke had another play read on Zoom by the Dramatist Guild, and has won a competition with CWB with a short play about a car and a toaster called “Moonlight in Turquoise”. She has been active with the Chicago Dramatists. Contact her to learn about play or if you have any connections with producers.