This week I watched Evan teach chess to the employees of Citibank and I learned how a company and chess strategy have more in common than one may think. Every game of chess is different with a variety of possible outcomes. Evan asked the class “when an opponent makes a move what is the first thing to consider?” He then explained that you want to see what your opponent might do. Every move in chess is done to get further ahead in the game. If you are able to foresee your opponent’s next move then you can maneuver to stop them. Never make a move without knowing your opponent’s next move first. In business you also do not make a decision without knowing what your competition is doing.

Once you know what your opponent’s future move is you want to think of a tactic for yourself. The best way to go about this is to have a few candidate moves, which are viable choices for a move. You then see which move has the biggest return or which investment has the biggest return. Never make a business decision without considering 2-3 alternative candidates. For instance, if you invest in a stock you need to make sure it’s the best one.

Evan then showed how the concept of candidate moves can build a tree. Each candidate move can yield a few replies by your opponent and these replies have their own replies which creates an analysis tree. This tree helps us analyze each candidate and allows us to foresee which move is the best. One then evaluates the risk of their candidate move.

The final step is to do a blunder check. Occasionally your opponent will sacrifice a piece to checkmate you. Take the time to check that you are not making a fatal move. In 1985, Coke failed to do a blunder check and made their product sweeter when new competitor Pepsi was on the block. In 2011, the New York Times didn’t test their technology and accidentally sent an email campaign that was meant to go to their dormant readers, but they ended up sending it to their entire reader base!

Here we will look at Evan’s example that he demonstrated in his workshop: 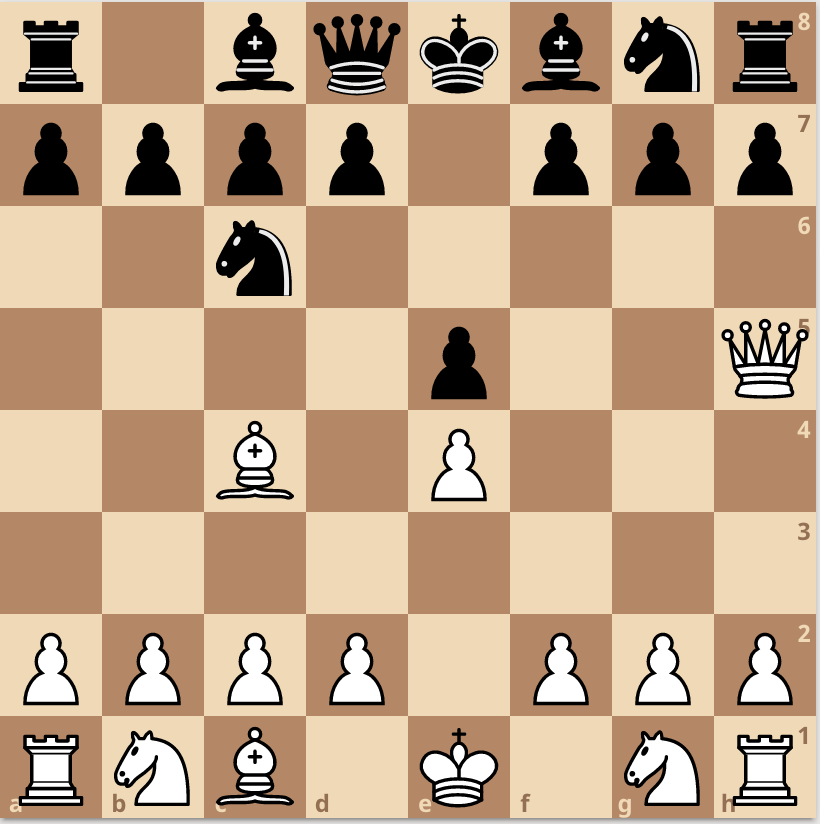 The game begins with e4 e5 Qh5 Nc6 Bc4. It is now Black’s turn and without the proper move the game will be over. The first step is to look at what your opponent’s next move is. It appears that if White moves Qf7 taking the pawn it will be checkmate. Now that Black knows White’s next move Black will create candidate moves. 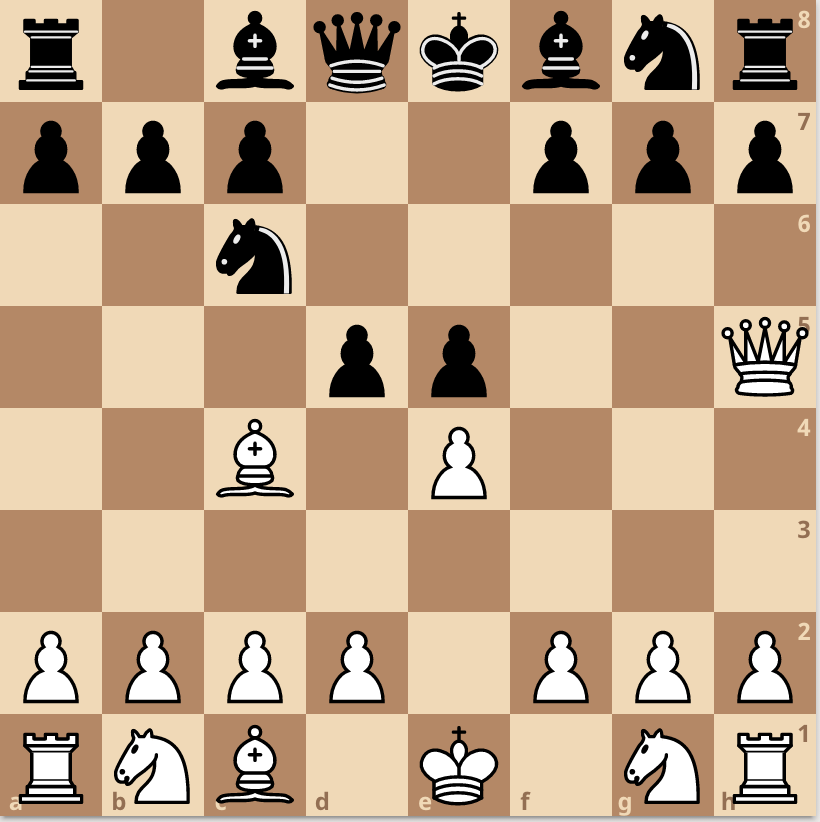 Black can move d5 using his pawn to apply pressure on the bishop. Now White’s queen will no longer be able to be protected. However, White can now take Blacks pawn on d5 for free which also applies pressure on Black’s knight. 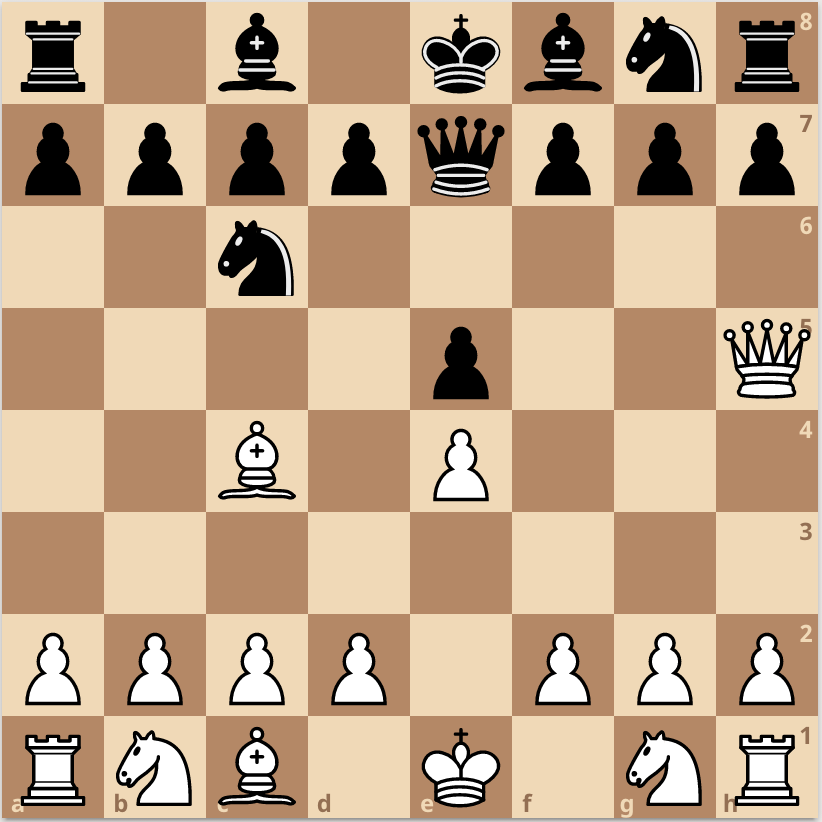 Another possible move for Black is to move Qe7 which will protect the pawn on f7. This may stop checkmate, but it also blocks in Black’s bishop. Hindering the movement of another piece is never good which is why this candidate may not be the best choice. 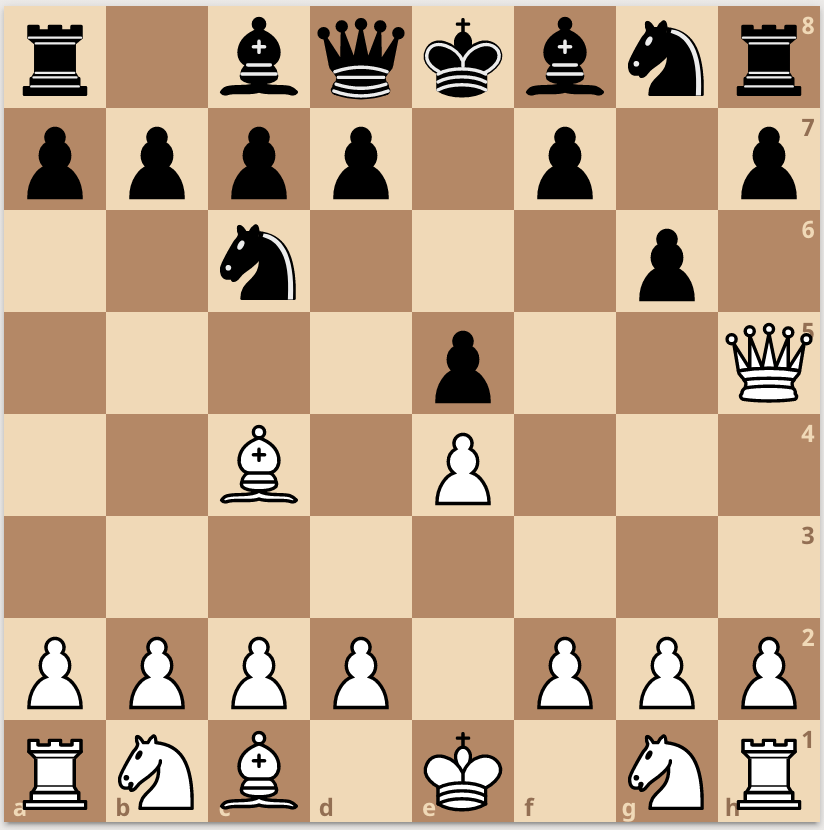 A third candidate and perhaps the best move is g6. This simple move is powerful as it not only protects Black from checkmate, but also applies pressure on White’s queen pushing it back. Black then does a quick blunder check before making the move. Now with pressure on the Queen, White is forced to retreat.

These steps can be used in any situation in chess. These guidelines help a player analyze the board and make the right move. This can also be applied to the business world as well. It is important to approach decisions from every different angle and foresee the outcomes. This allows people not only to make important financial decisions, but to play a good game of chess as well.

I would like to thank Guitar Guide Guru ‘s CEO Mike Papapavlou for making an introduction and allowing the class to happen.