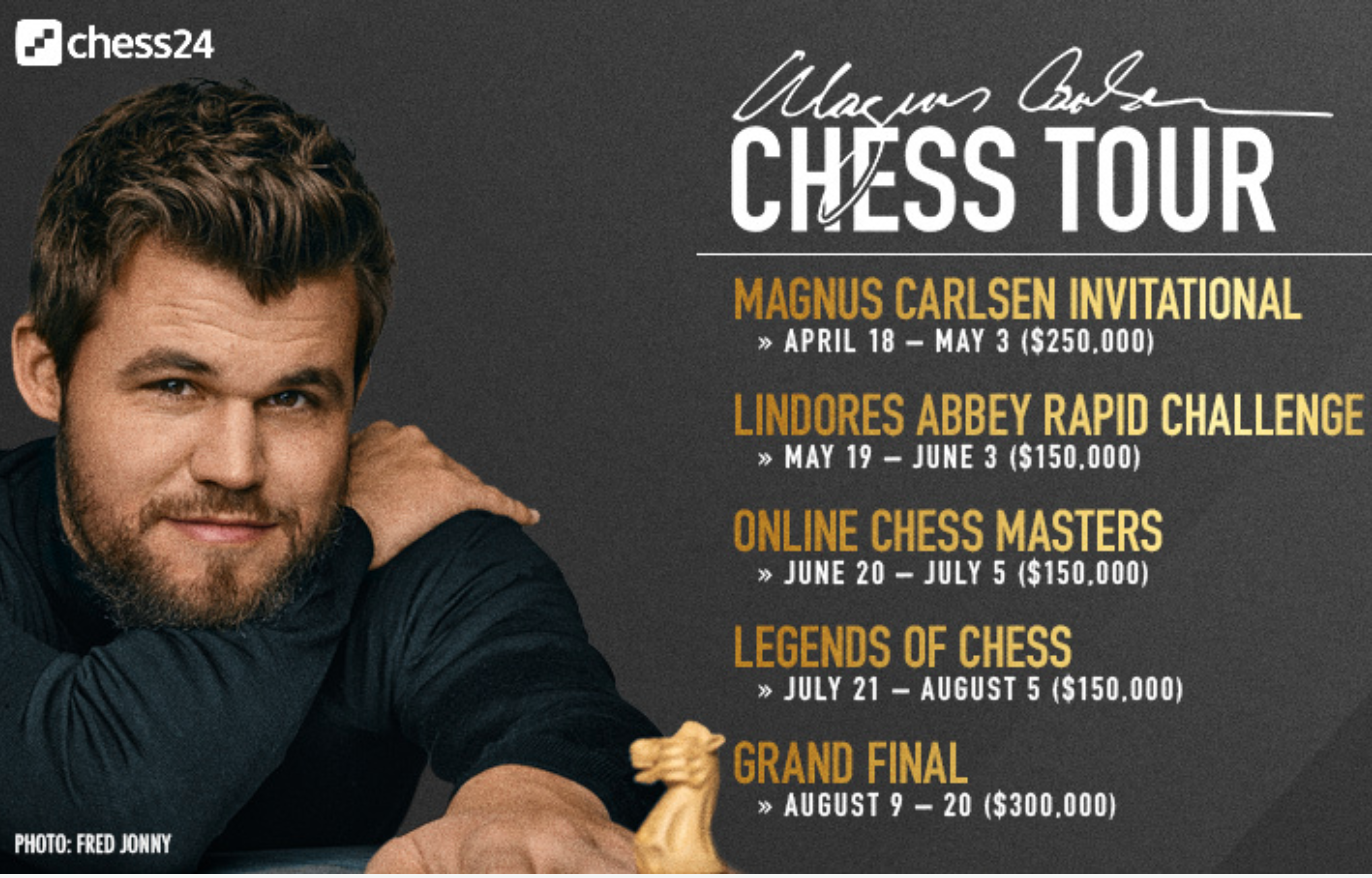 The fourth event in the Magnus Carlsen tour has finally come to an end. In the semifinals Carlsen defeated Peter Svidler, by winning the first two games. Ian Nepomniachtchi won the first game of the semifinals against Anish Giri, but then lost the second game. However, in the third and final game, Nepomniachtchi managed to take home the win and move on to the finals.

Nepomniachtchi lost two consecutive games against Carlsen allowing Carlsen to take home his third win out of the first four events in his tour.

Due to the Global Pandemic the World Chess Championship was canceled for the time being. This prompted Carlsen to initiate his world tour by creating the Carlsen invitational which is the first professional online chess tournament according to Magnuscarlsen.com. From there Carlsen created a whole tour out of online events to compensate for the canceled tournaments.

Although Carlsen lost the Lindores Abbey Rapid Challenge and did not even place in the top three he has managed to win three times; three times more than the player with the second most tournament wins in the tour.

Carlsen has proven so far through his tour that he is the World Chess Champion, but perhaps in the Grand Final someone can finally defeat the reigning champion.